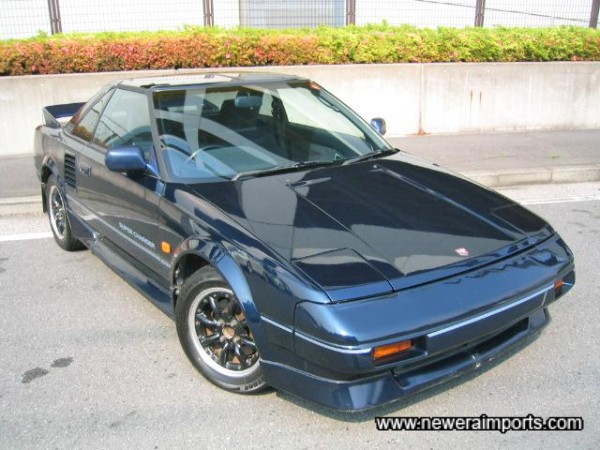 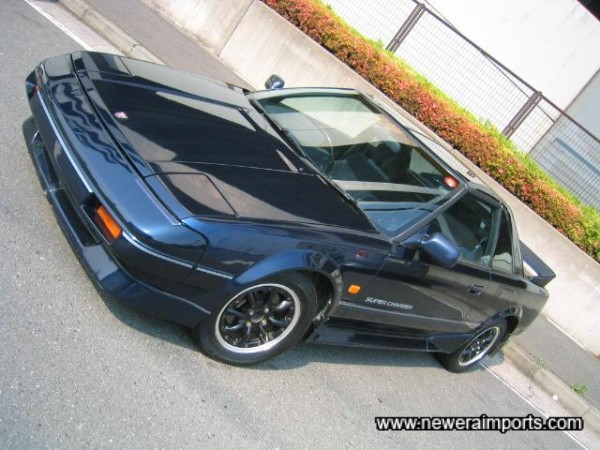 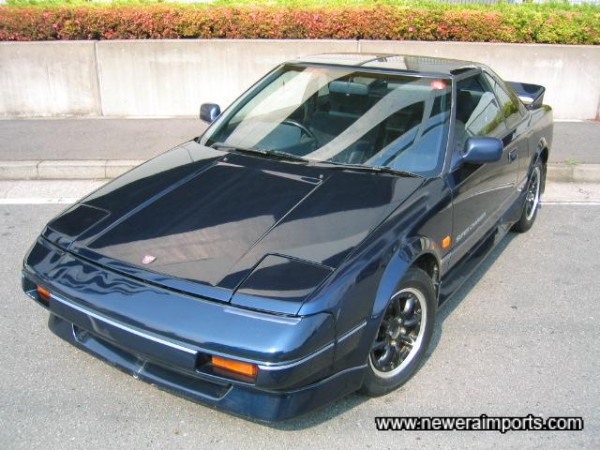 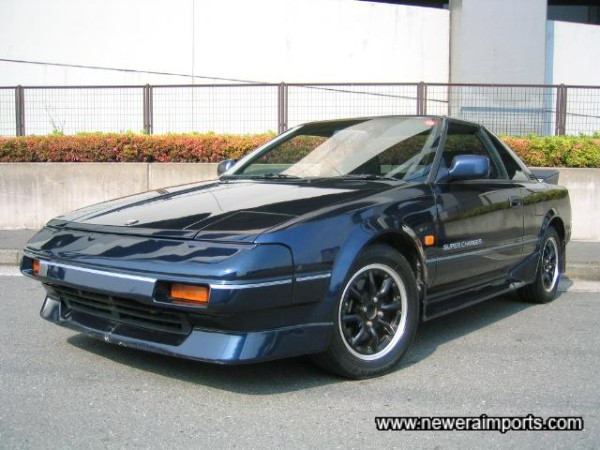 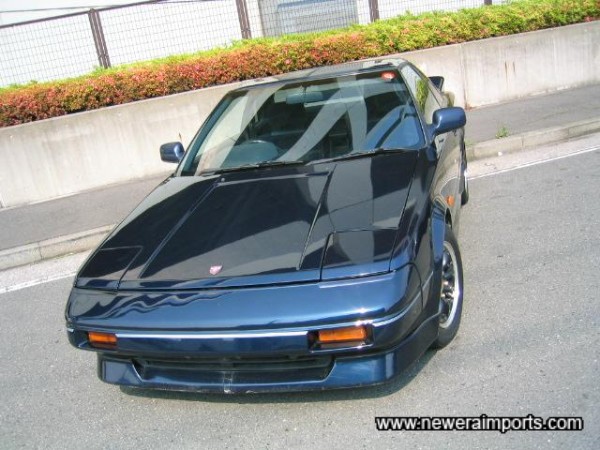 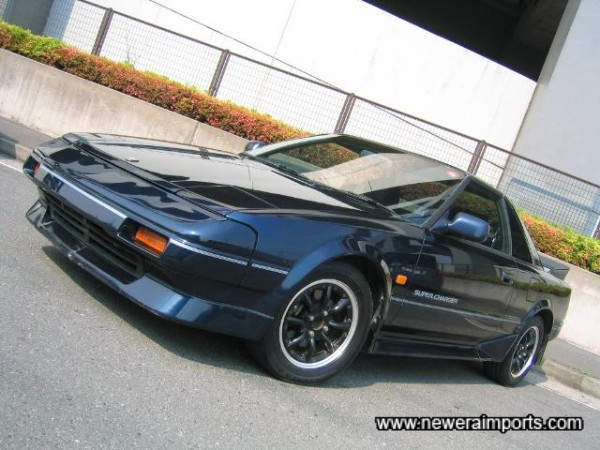 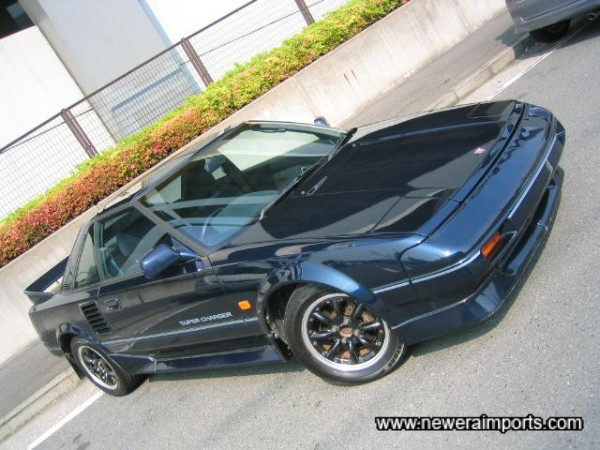 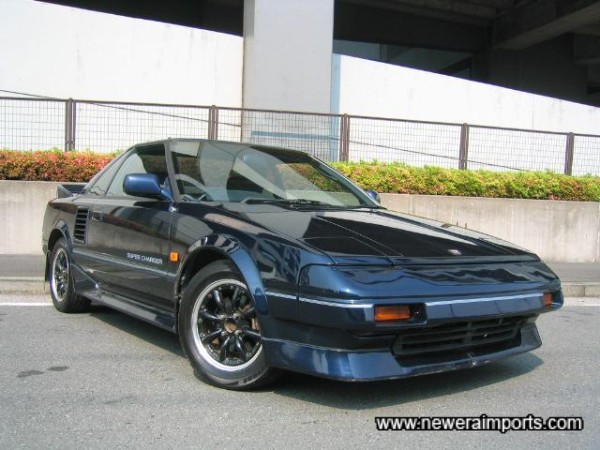 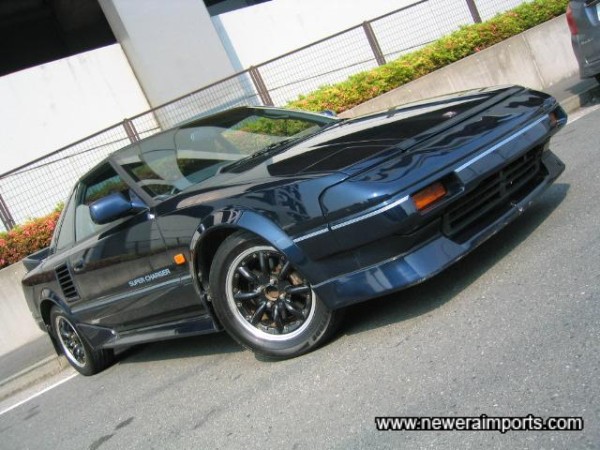 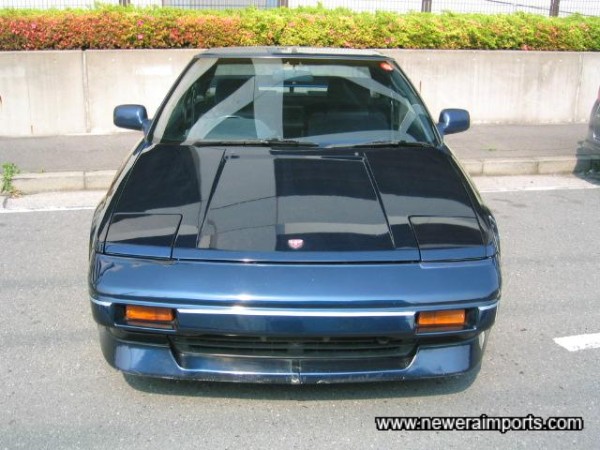 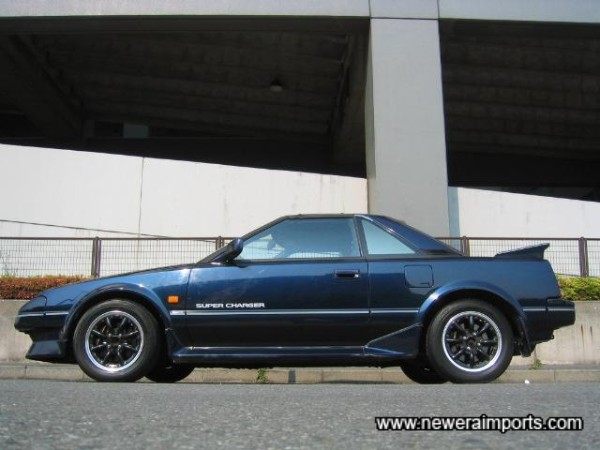 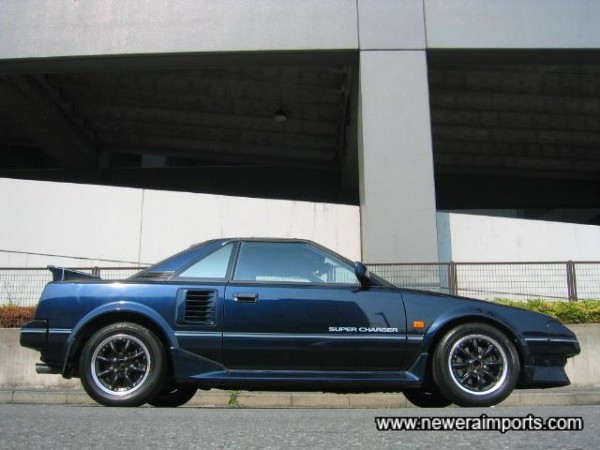 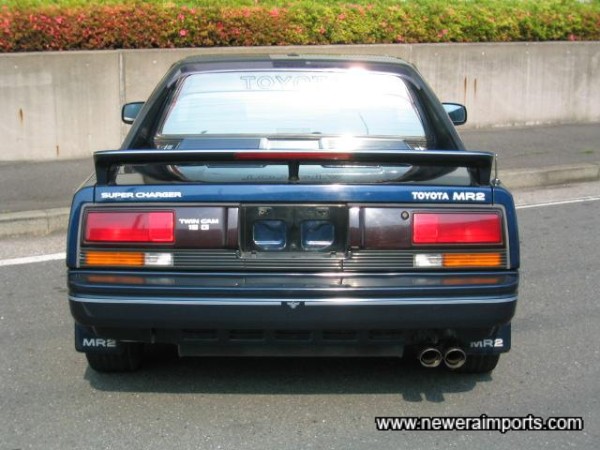 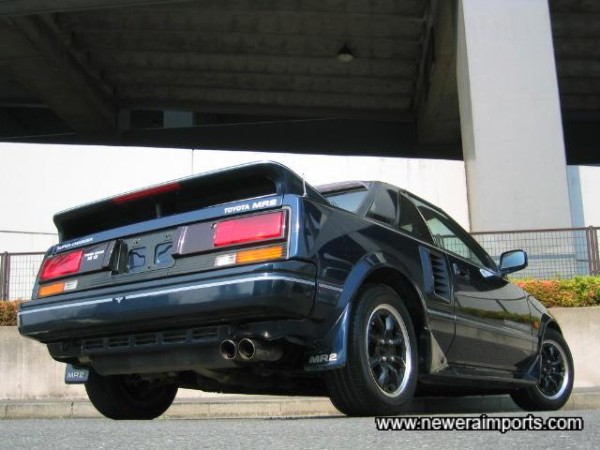 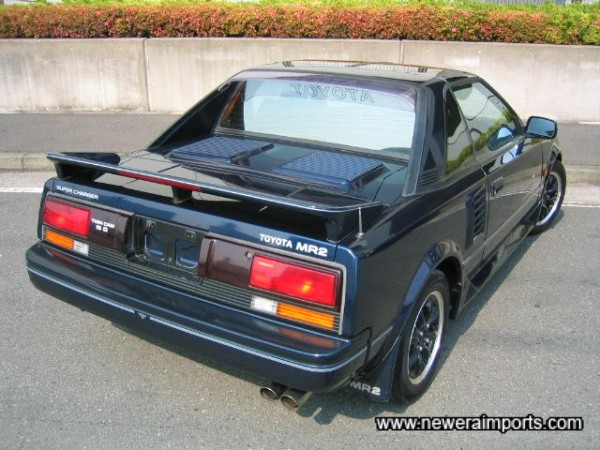 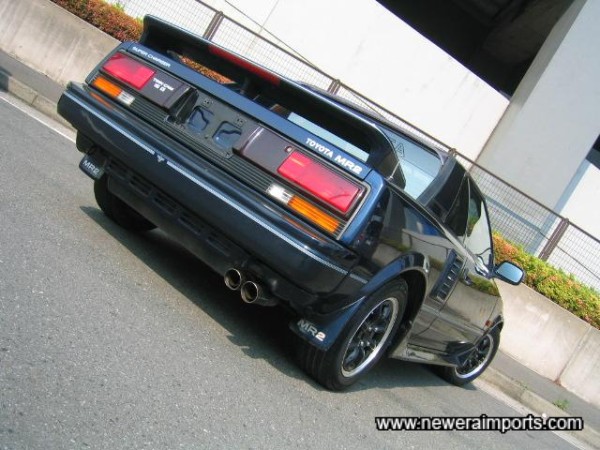 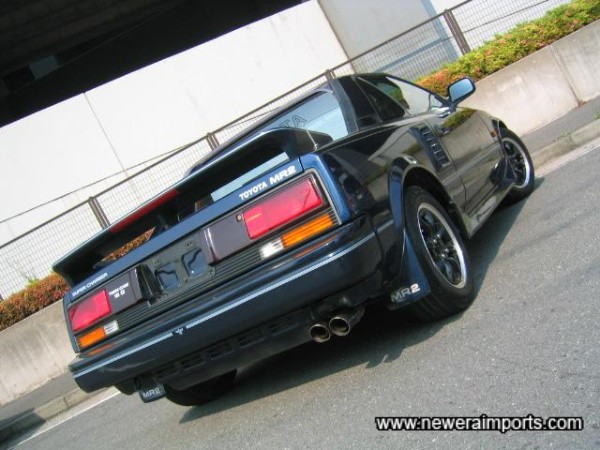 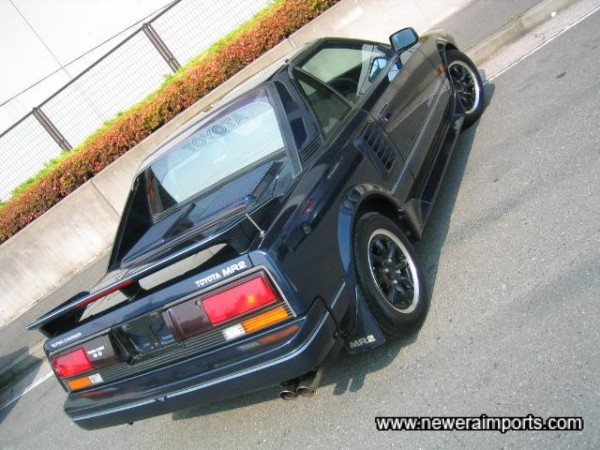 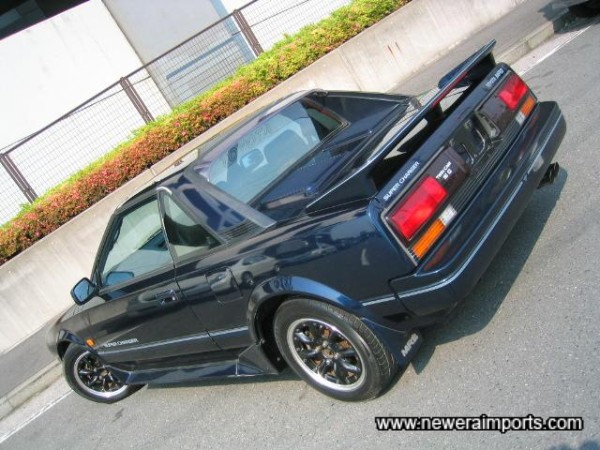 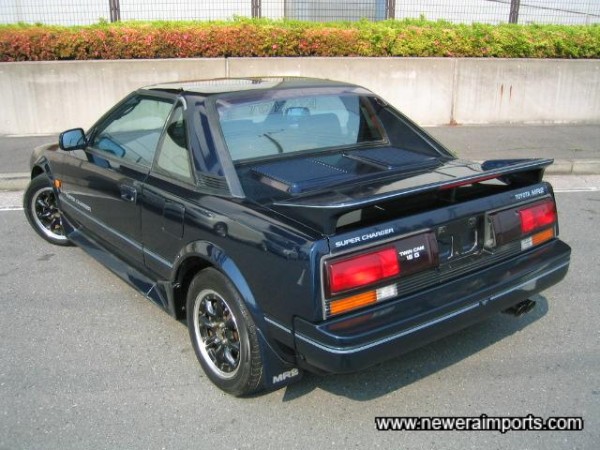 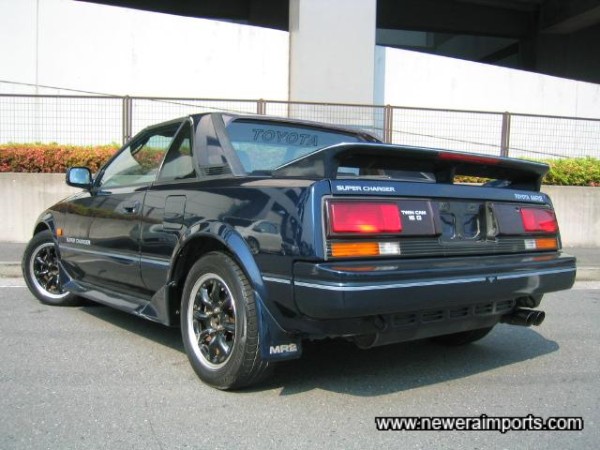 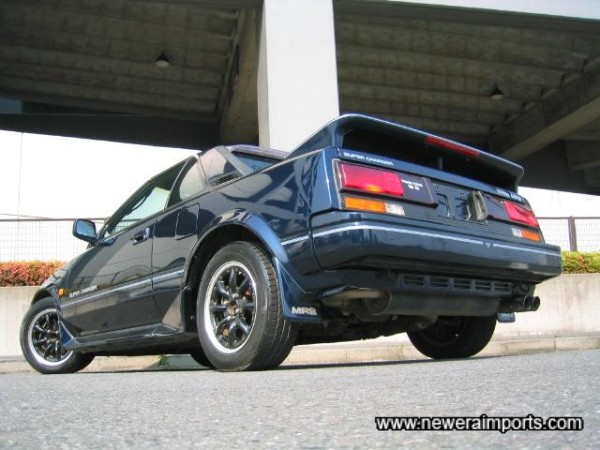 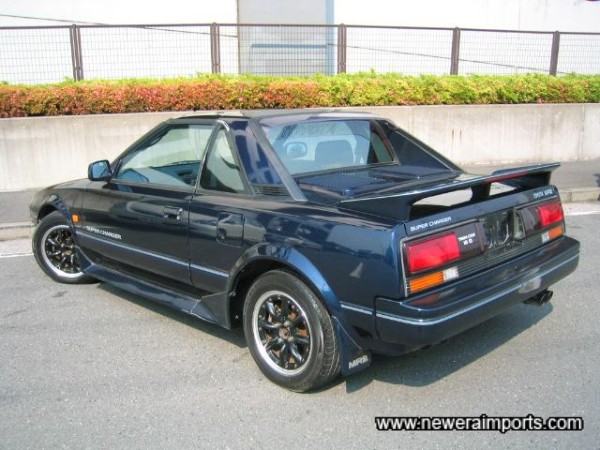 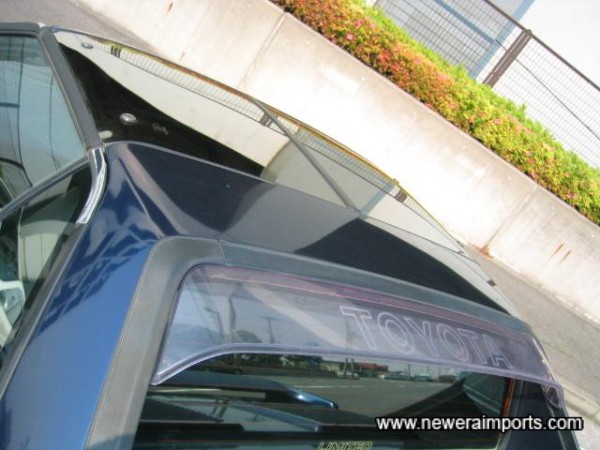 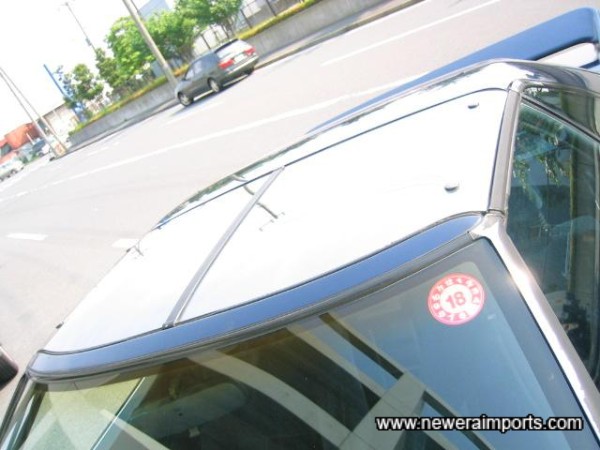 
The small and light MR2, designated AW11, was perhaps something no one had expected from any of the Japanese car manufacturers, known for their economical and practical cars. The two-seat MR2 was definitely not practical as a family car, but the design criteria were different from that of most previous cars. The most important features of the AW11 were its light body (as low as 2,200 lb in Japan), superior handling and relatively powerful, small-displacement engine. Thanks to these features, the AW11 is considered by many to be very enjoyable to drive. Its behavior mimics that of highly expensive super cars and is easy to control and nimble in its movements. Toyota's cooperation with Lotus during the prototype phase can be seen in the AW11.

As the first power plant, Toyota chose to use the Yamaha developed 4A-GE1600 cc engine with two overhead camshafts and 16. The engine was also equipped with a Bosch L-Jetronic type multi-point fuel injection In 1987, Toyota introduced the 4A-GZE for the Japan and USA markets only. Based on the same block and head, the 4A-GZE was equipped with a roots-type supercharger and therefore the compression ratio, valve timing and ports were modified complete with forged alloy pistons. The engine produced a maximum power of 145 hp (108 kW) and accelerated this small car from 0 to 100 km/h (0 to 60 mph) in 6.7 to 7.0s. In addition to the new engine, the MR2 SC was also equipped with stiffer stabilizer bars and reinforcements in the body shell to improve rigidity.
The press received the AW11 with open arms and praised its innovation, great feeling, and responsive engine. American car magazines Road Track and Car and Driver both chose the AW11 on their lists of ten best cars which included some tough competition, such as the Ferrari Testarossa. The Australian Wheels magazine chose the 1988 AW11 as its favourite sports car. The MR2 was Motor Trend's Import Car of the Year for 1985. In 2004, Sports Car International named the MR2 number eight on the list of Top Sports Cars of the 1980s. The MR2 was on Car and Driver magazine's Ten Best list of 1986 1987.

On our travels through auctions in Japan we are constantly on the lookout for special cars and this example struck us as being in very original condition! Being very collectable in Japan when in top condition and therefore usually unaffordable, This example is the first AW11 we are importing to the UK in over 2 years. This example’s been beautifully looked after and is of low genuine mileage. With examples in North America, UK and even Japan, rust is the major problem on these, but being a Tokyo car that’s apparently never seen salt, this example’s been beautifully preserved!
Specification includes: 4A-GZE Intercooler Supercharged engine, 5 speed manual gearbox, tinted glass with original option rear visor, Glass T-Bar roof complete with interior panels, Climate control A/C, original velour interior inclusive of original fitted mats boot liner. Note that the original jack is not included, however there is a Toyota genuine jack, tool kit and warning triangle in the front luggage compartment. Wheels are 2 piece RS Watanabe items of 14” size with 185/60/R14 Bridgestone Potenza GII tyres at each corner. These are around half worn. A Momo steering wheel has replaced the original.
Interior is in excellent condition. Note that no hifi or fitting plates are included with this car. Seats are in good condition, although the piping on the vertical section of the driver’s seat has worn through slightly (Picture available). The gear lever gaiter has been secured with 4 small cable ties, meaning there are minor holes to locate these on the centre console (Picture available). Although the car has been smoked in before, there are no cigarette burns or smell of smoke. Note that the original leather gear knob has some minor wear.
Auction Grade is 3.5. This MR2’s been well kept as pictures clearly show. We washed and carefully checked it over thoroughly, to find any faults there might be. There is no rust to be found at all. We checked in the usual places such as arches, doors, door shuts, sills, underside, etc. No rust at all.The T-Bar roof doesn’t leak although we removed the glass and found a small amount of rubber sealant’s been added at some point presumably to quell a leak that was previously there. The paintwork’s generally excellent and we found only the following: Very minor lifting of laquer on the n/s/f wing. Scratches on the front splitter and side skirts –some of which have been touched in by the previous owner. There is a small blemish on the boot lid where laquer has lifted slightly. The matt black trim on the A B pillars has been polished over time and worn through to the chrome beneath. Amazing condition for a 20 year old example!!
Test Drive: Car starts well, oil is clean and the engine runs well. Supercharger pulls well – and power is there throughout most of the rev range, clearly more than is available from a normally aspirated 4AGE engine! Brakes work well, with no signs of warping, clutch is strong with plenty of life and the gearbox is synchro problem free. Suspension’s good on the road and andling's tight. Driving over a rough unpaved road, we found there is a rattle from the front suspension. Most likely a worn suspension bush. The cause of this will be found when checking the car in the UK for MOT and repair of this is included in the full the work yourself to get a lower price, but replacing a bush or suspension component is inexpensive. Please note, we are able to supply available tuning and OEM parts at discount for this MR-2 through www.neweraparts.com
If you're after the very best original T-Bar AW11 Supercharged MR2 currently available, this is it!!
Complete with full UKconversions and registration, MOT, 12 month's comprehensive warranty, paintwork repairs to faults described completed to high standard, full valetting and 6 month's road tax, this one off top condition CR-X is available at: £5,360 OTR. Alternatively we can also supply this car with bodywork as is, but fully UK converted, MOT’d and UK registered with 12 month’s warranty, MOT Tax at £4,850 OTR, or if you want to do all the UK mods, MOT and registration yourself (No SVA required on this car), price (Warranty optional but not included in this price) is: £3,945 …..Compared to UK rust buckets with twice the mileage, this is a bargain in comparison! Currently in Japan, this MR-2 can be reserved for prompt shipment with a deposit of £1,000. Please Contact Us for further information.
Newera Imports - suppliers of the highest quality examples of the best sports cars from Japan. As recommended by J-Tuner, Jap Performance and Banzai magazines, internet clubs, forums and UK specialist tuners!