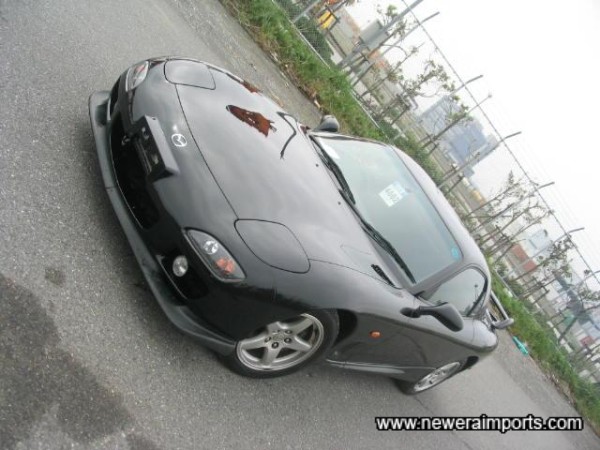 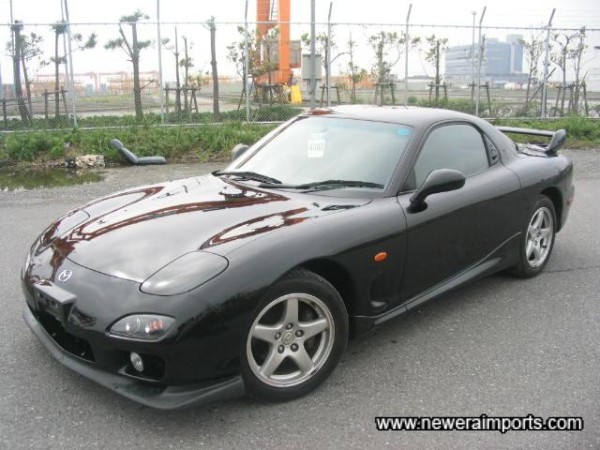 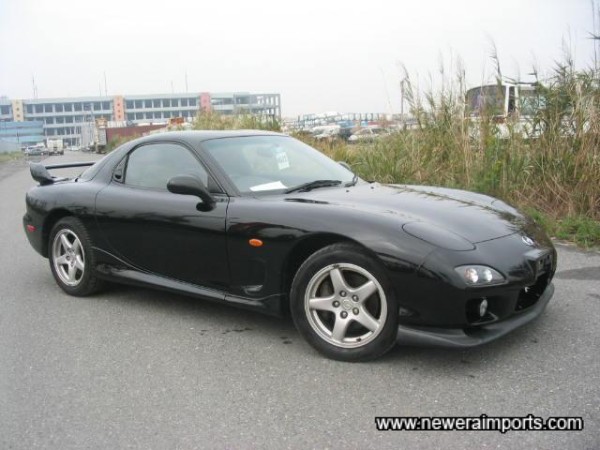 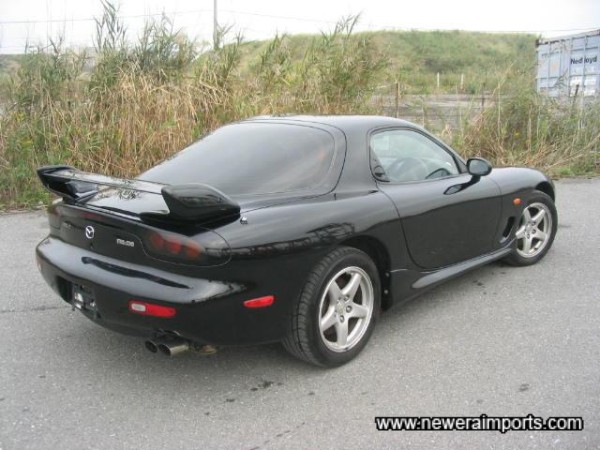 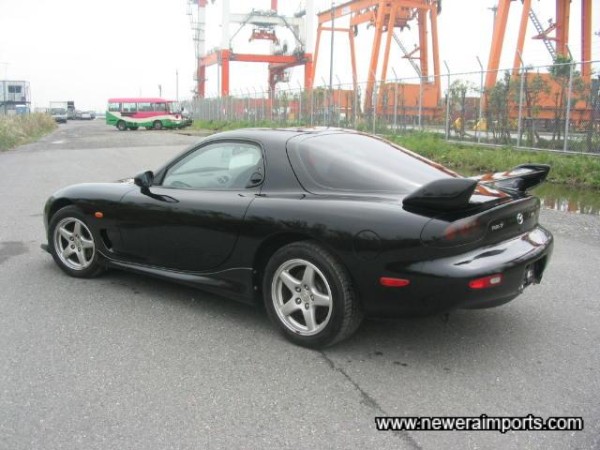 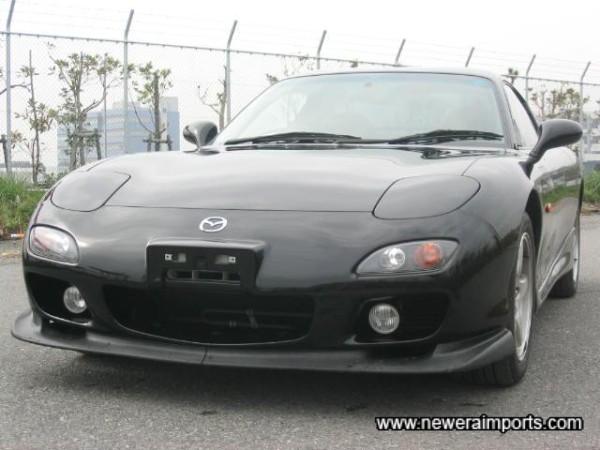 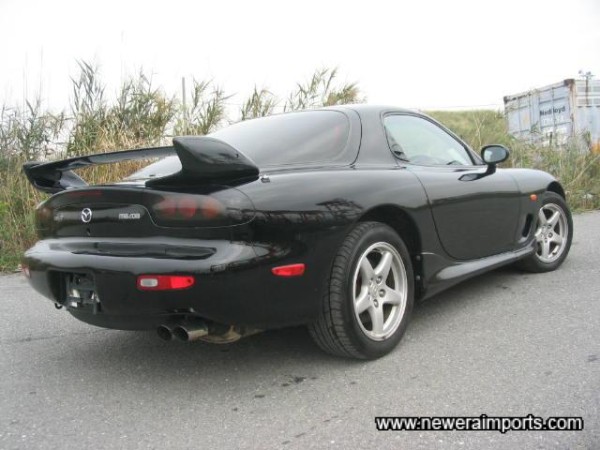 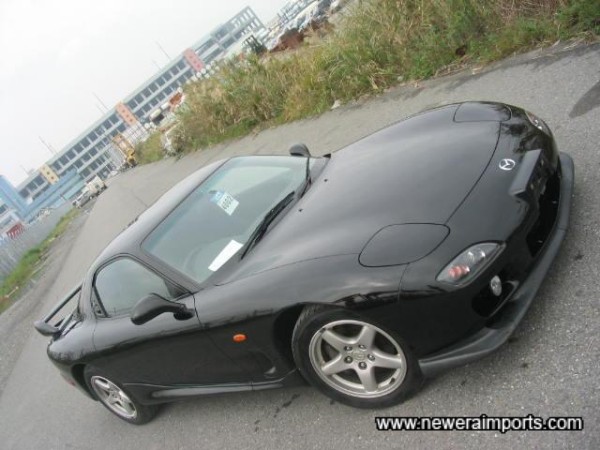 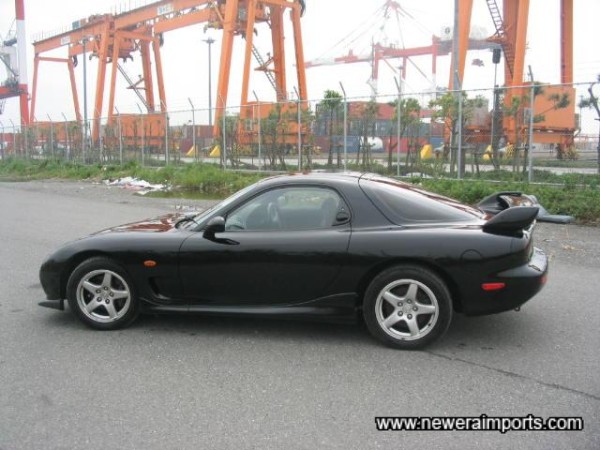 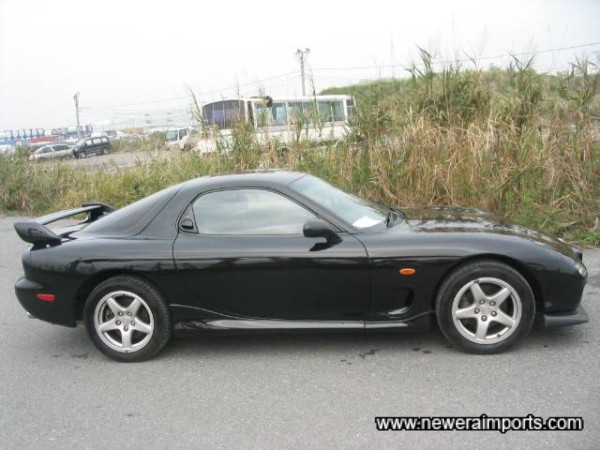 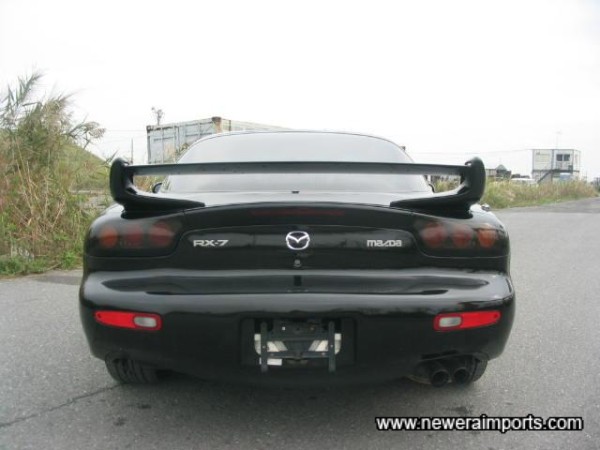 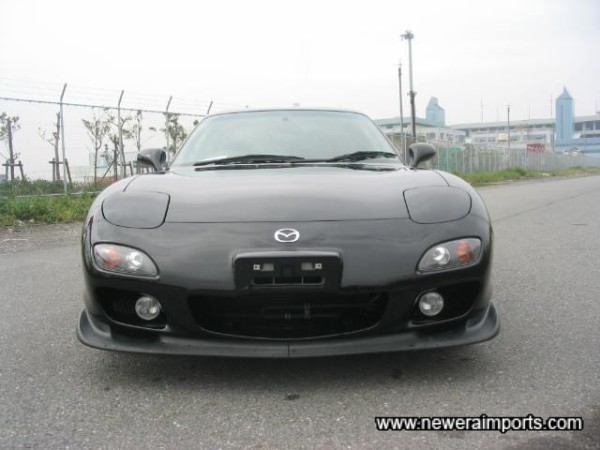 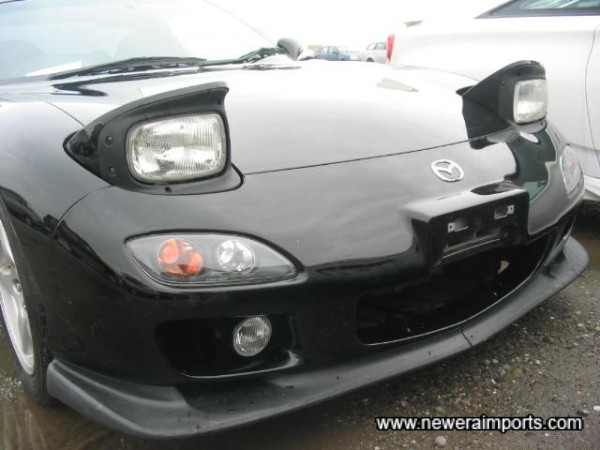 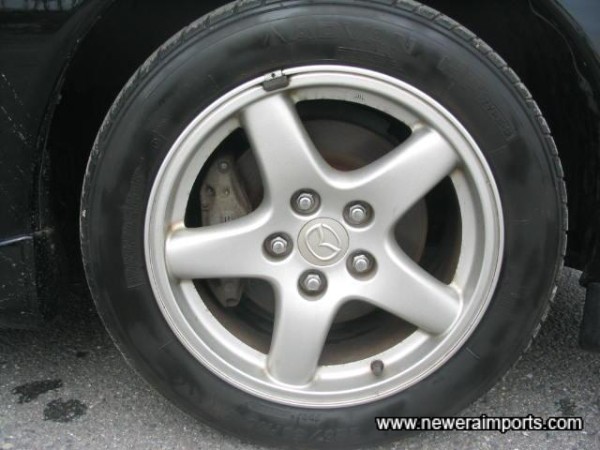 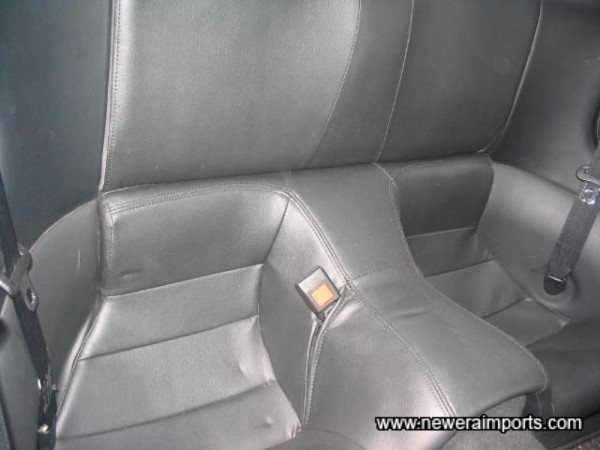 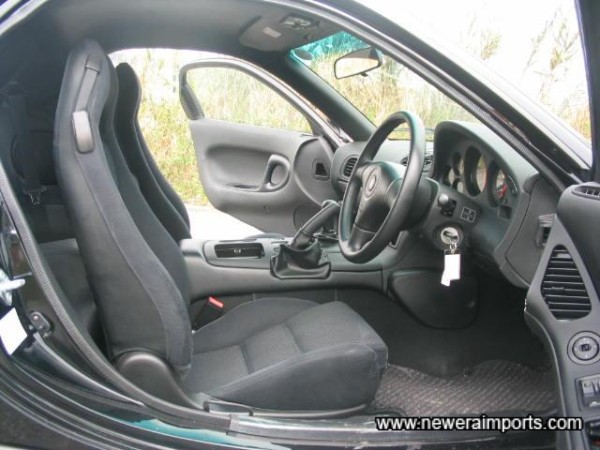 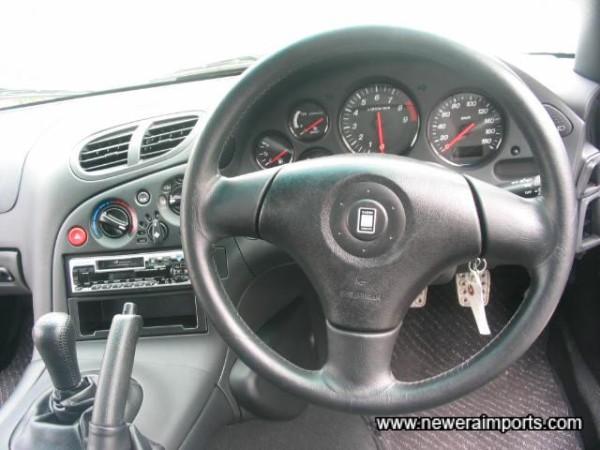 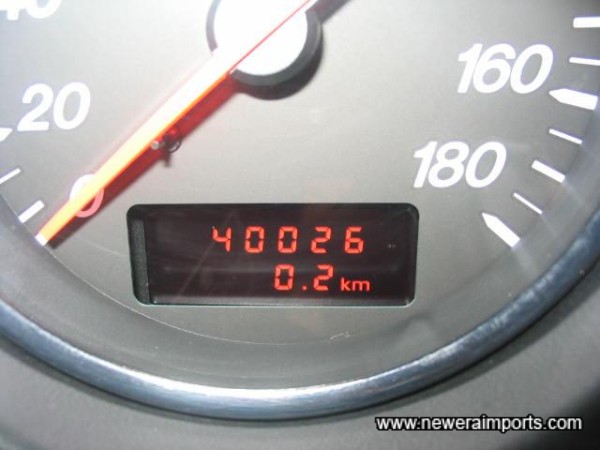 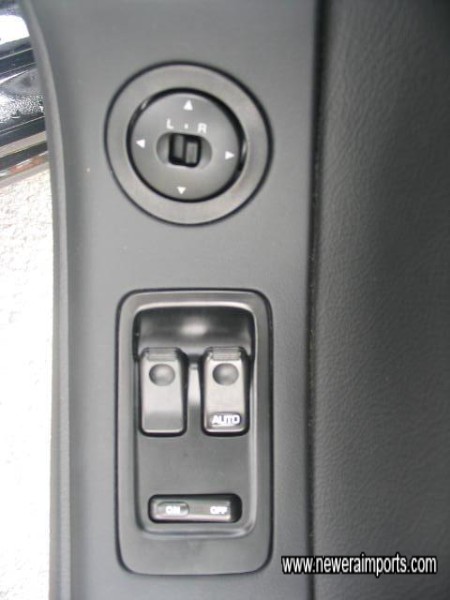 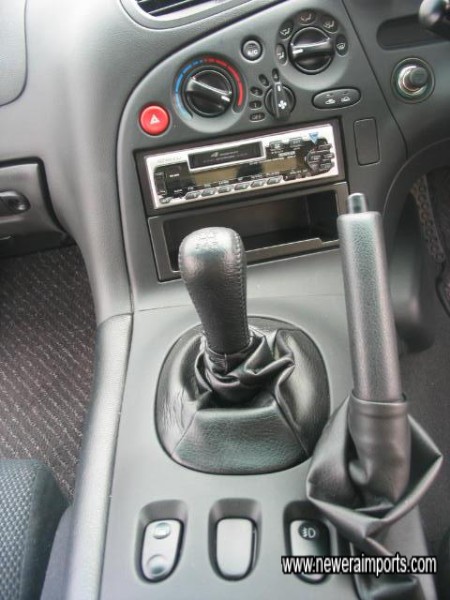 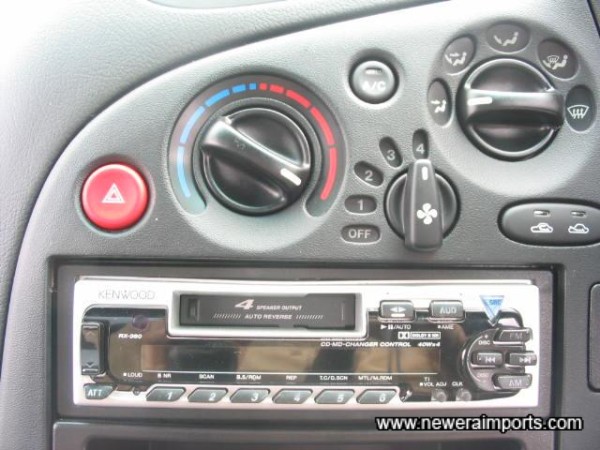 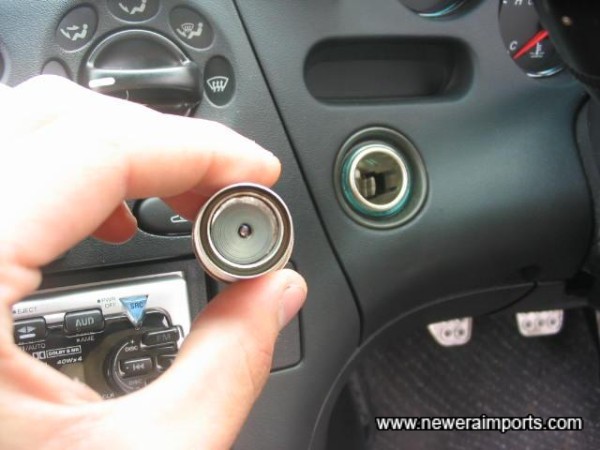 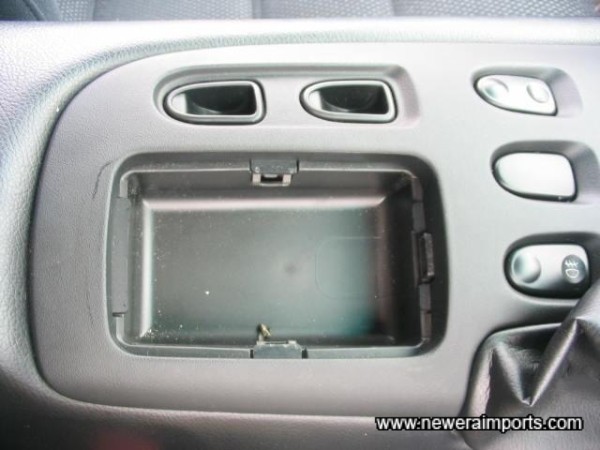 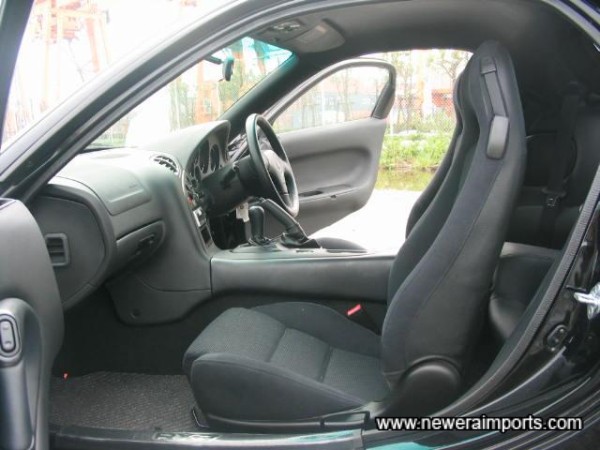 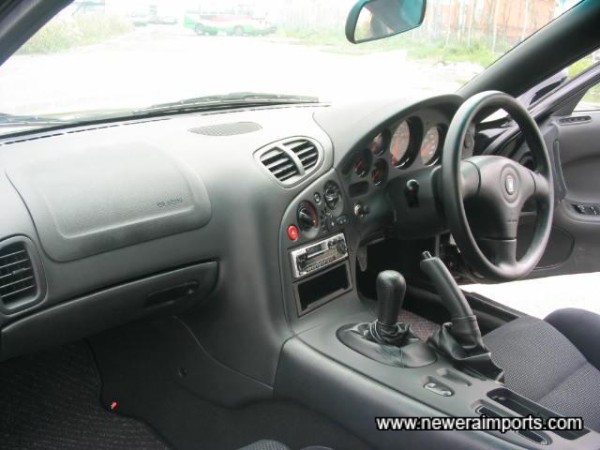 This immaculate RX-7 RB was sourced specifically for a customer in Luxembourg - who wanted a completely standard 1999 example. (Note: Post Jan 1997 RX-7's cannot currently be imported to the UK, due to E-SVA introduced April 2004).

We sourced exactly what was ordered. Original equipment includes Power Assisted Steering, Electric Windows, Electric Mirrors, Air Conditioning, Dual SRS Airbags, 4 channel Anti-Lock brakes, Factory Option Raybig Front Driving Lights, Sports Cloth seats, fitted mats, original tool kit. A high quality Kenwood hifi radio/cassette with 10 Disc CD boot changer is also fitted. These are supplied free of charge with the car. Note that this has been a non smoker's car since new. The Ashtray is missing from the car. We will replace this with a new uprated Mazda item which doubles as an armrest piece.

Oil pressure is high, clearly having been regularly serviced and well maintained, - this car runs very sweetly - just an an RX-7 is meant to. We test drove this car and found it to be like new. With no squeaks or rattles at all when passing over bumps, an engine that pulls strongly all the way from idle. It's as tight as can be, smells much like new inside.

The car is of auction grade 4. Condition is outstanding. Paintwork is in very good condition. There is a small pin dent on the n/s quarter. Also there is a tiny pin dent on the passenger's door, however this really is almost invisible, its so small. The n/s/f indicator lens is cracked (Replaced). We feel also that the car will most probably require a new battery after its time on board the ship, so we have already fitted a brand new replacement.


Overall, a stunningly good condition example with parts that look as if they haven't been fitted for very long. The car was clearly very well looked after by it's last owner.

This car took 6 weeks of dilligent searching to find - and is the very best example we came across within the customer's budget. Customer paid just Newera's fee, then FOB Total in Japan and shipment to UK. Car was then collected upon arrival and driven hoime by the customer to Belgium. It's now registered there and is the only Jap Spec. RX-7 of 1999 model registered in Luxembourg, if not the only RX-7 from Japan now there! Customer is absolutely delighted to have gotten exactly what he was after.

(Were it possible to import post Jan 1997 RX-7's to the UK, this car would have cost £17,765 incl all other associated costs of importing and registering this car in the UK).

We are the only importer with resident staff in Japan directly in touch with our customers in the UK. Since 1998 Newera Imports has consistently grown from only selecting and supplying excellence.