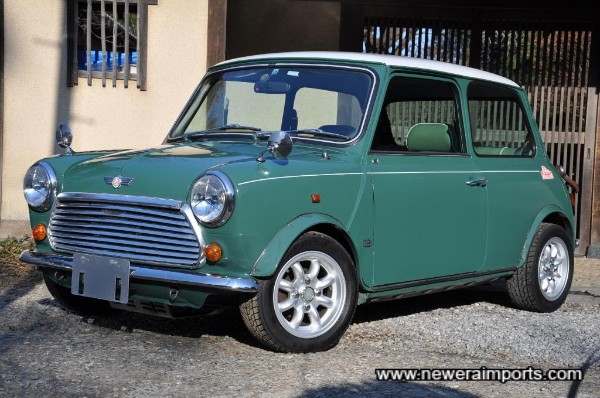 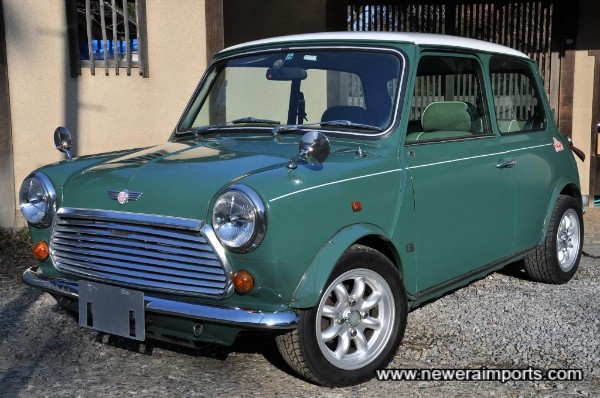 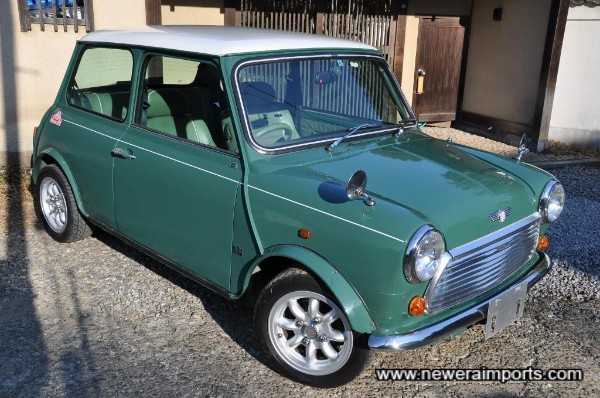 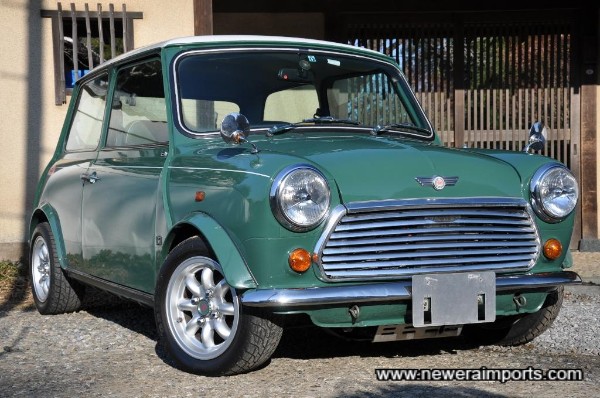 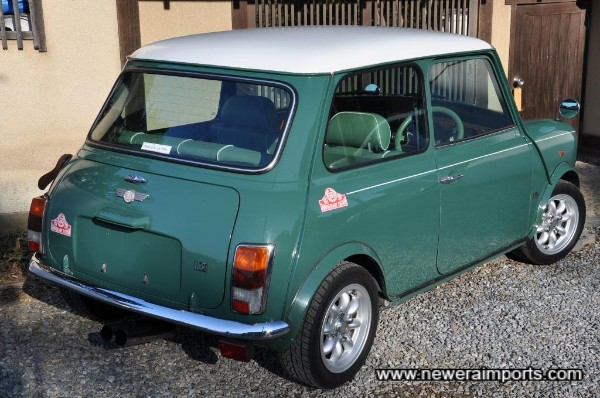 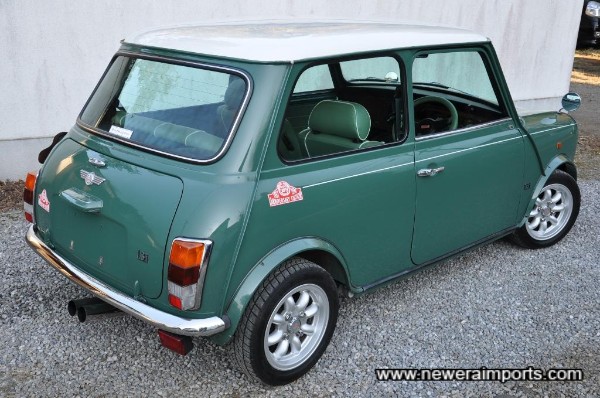 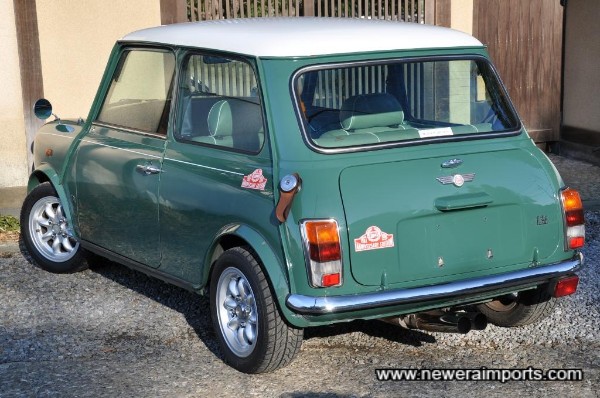 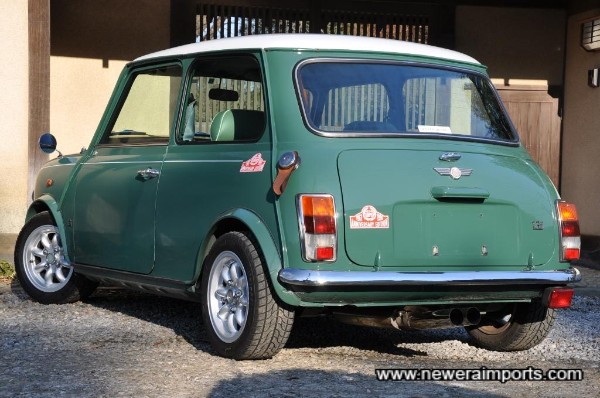 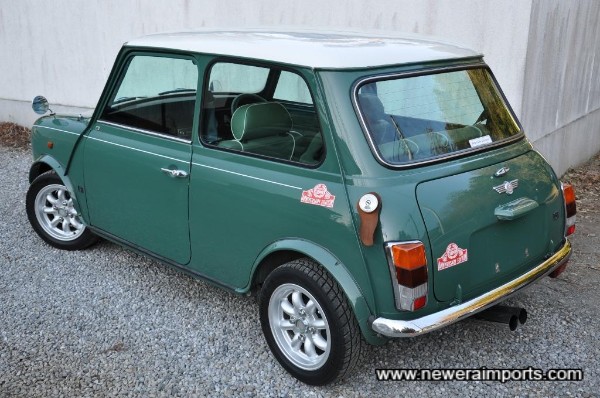 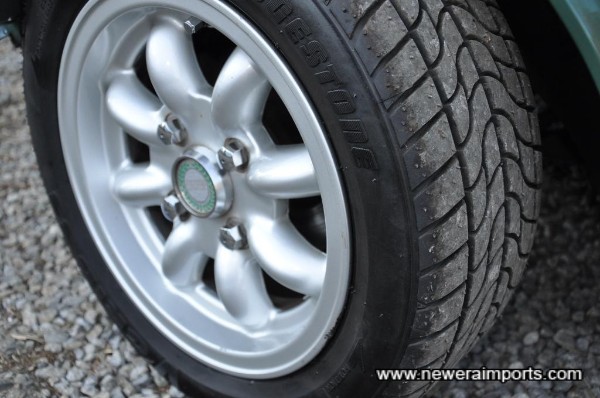 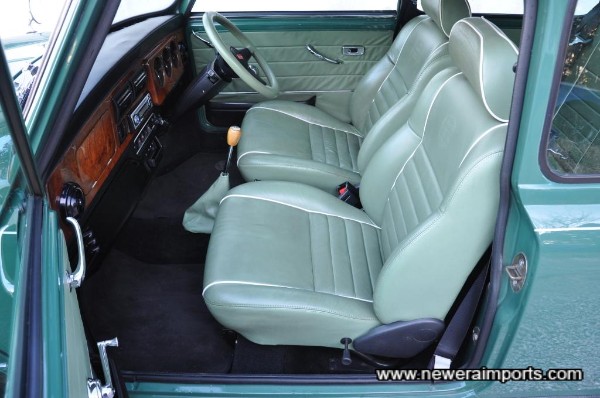 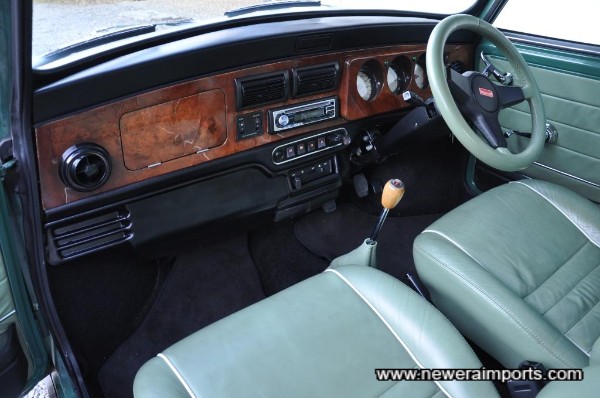 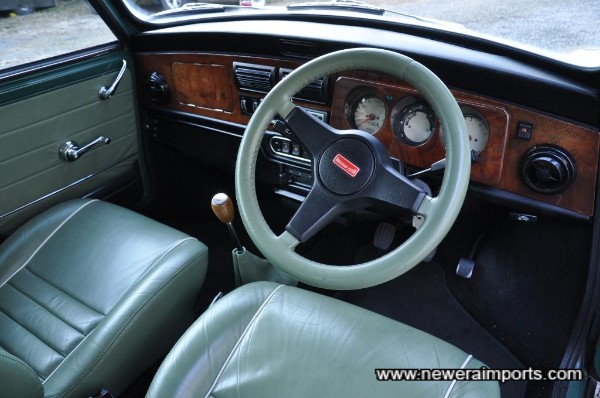 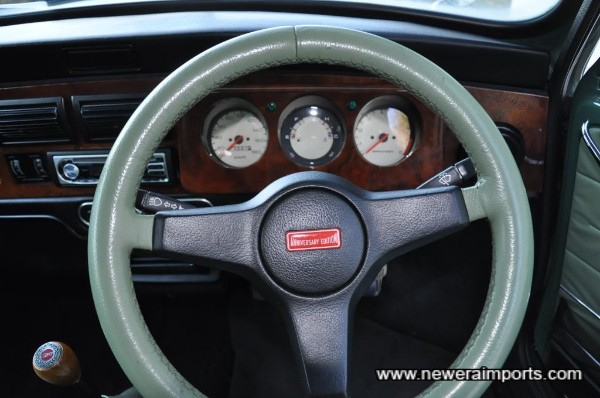 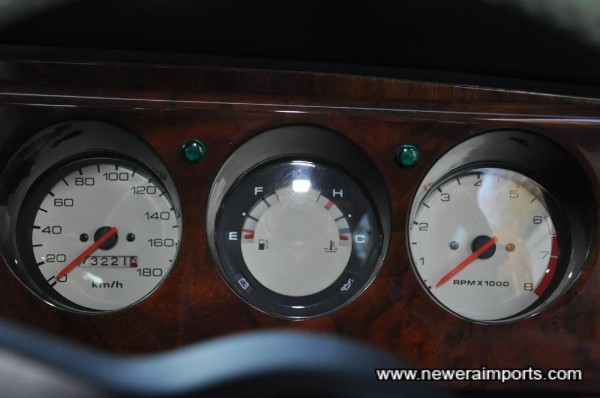 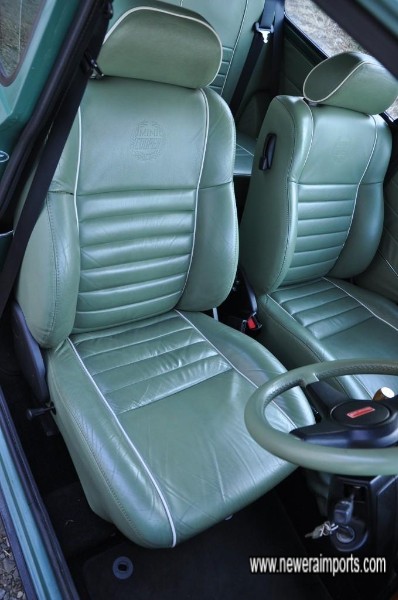 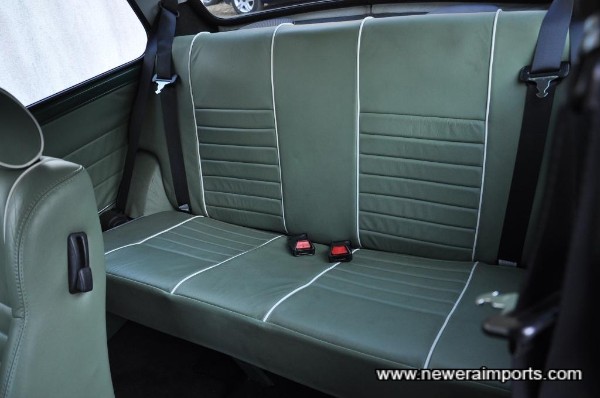 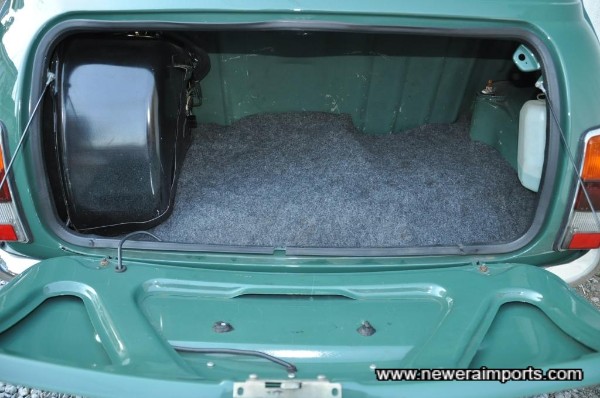 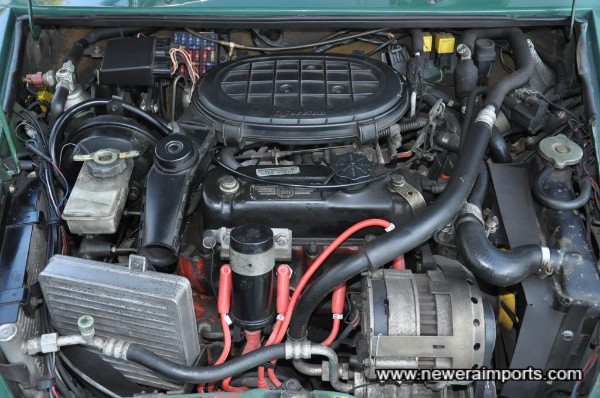 This is a limited edition 35th Anniversary Mini Cooper, one of only 200 total produced with Almond green paintwork, matching colour coded wheel arches, white roof and commemorative 1961-1996 Anniversary Edition emblems with white coachlines. In addition, the interior received porclain green leather seats, steering wheel cover gear gaiter, walnut dashboard and tinted windows.
This particular example is even rarer having been made especially for the Japanese market, for which there were some key differences including: All silver minilite sportspack 13 x 6 alloy wheels, no driving lights on front bumper (Since these would not pass Japanese inspection), with classic style headlights instead complimented by chrome wing mirrors. It also has full factory air conditioning!
Engine is a 1,275cc standard unit with single point fuel injection, catalytic converter and twin exit sports exhaust. Sports pack suspension is also part of Japanese specification.
This particular example was originally supplied in Japan, registered to only 1 Tokyo owner since 1997 and has been garaged since new. It's never seen salt or grit, meaning the underside suframes, doors, windscreen panel, wing and adjourning panels, doors, etc. are all rust free and as solid as the day the car left the factory. Condition is outstanding throughout. For further inquiries and details of this unique car interested individuals should contact us.
Price includes comprehensive UK warranty, new MOT, 6 month's road tax and a full valet before completion.Note: As this car is stored in Japan, it can be shipped anywhere - worldwide. Contact us to ask about delivery to your country.A deposit of £1,000 secures for prompt shipment.
Newera Imports - known by Japanese car enthusiasts as the number 1 choice when it comes to hand-picked rare quality performance cars from Japan.