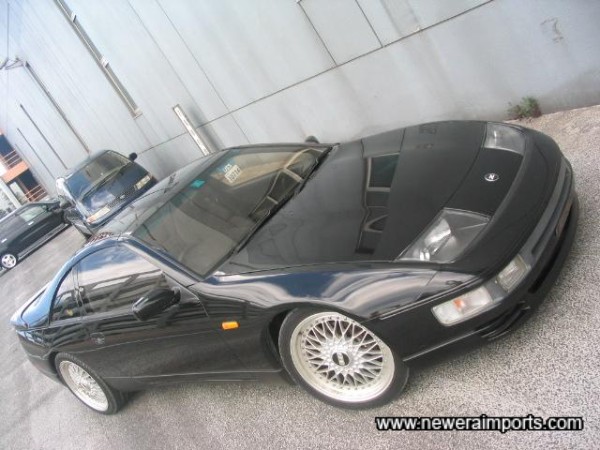 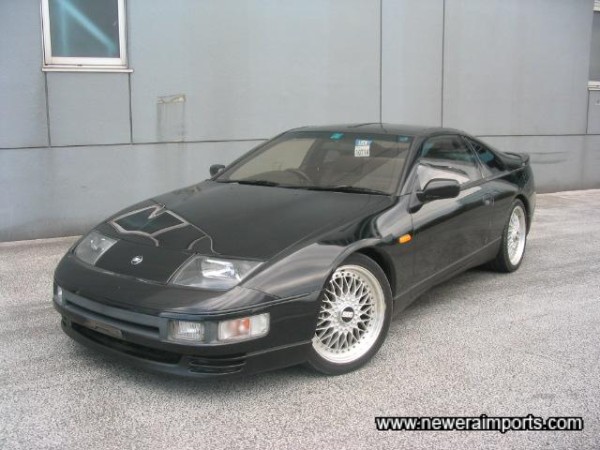 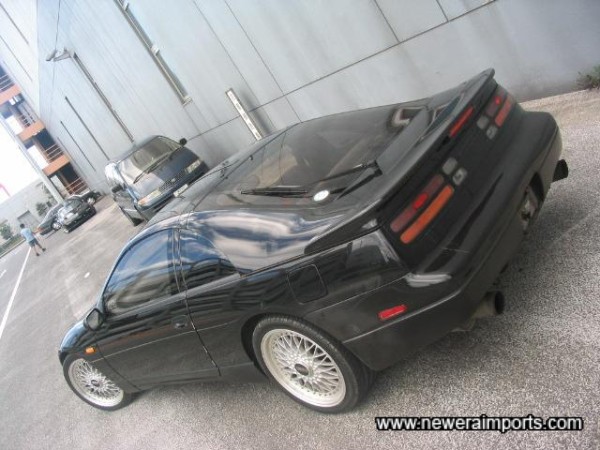 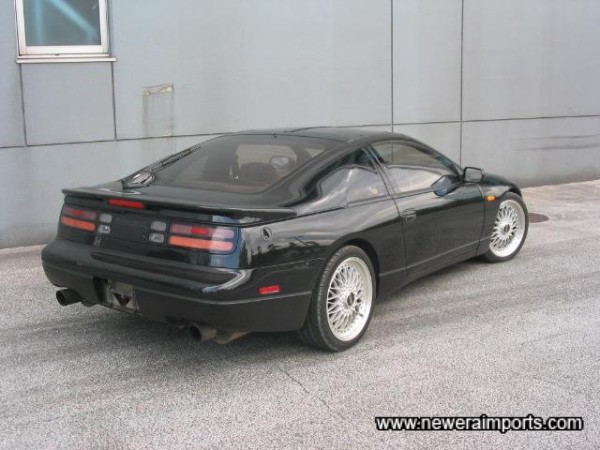 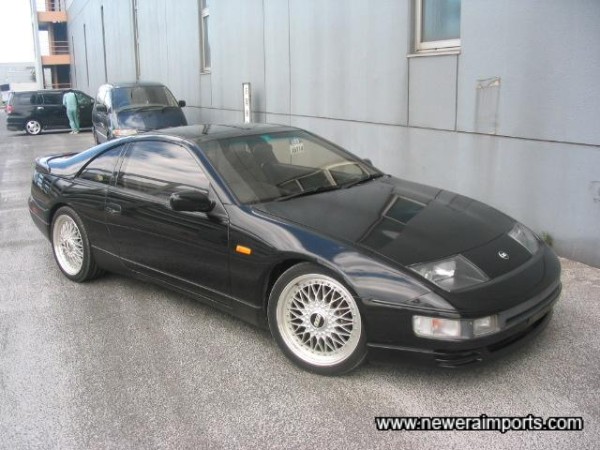 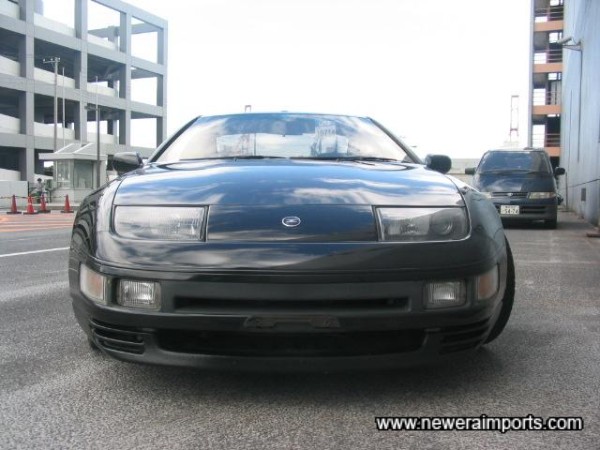 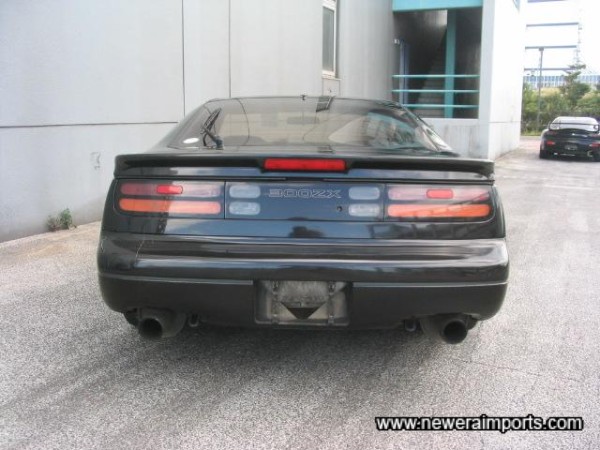 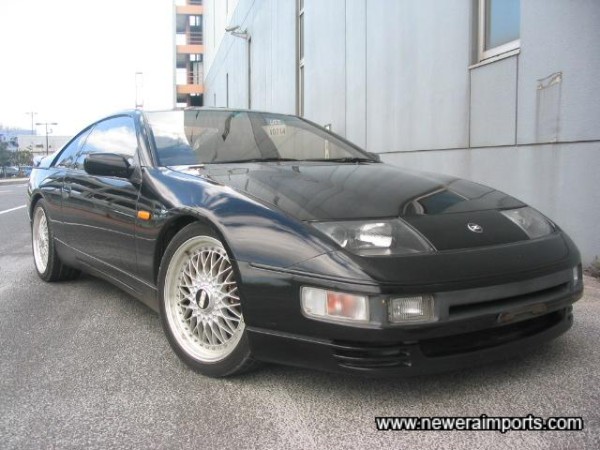 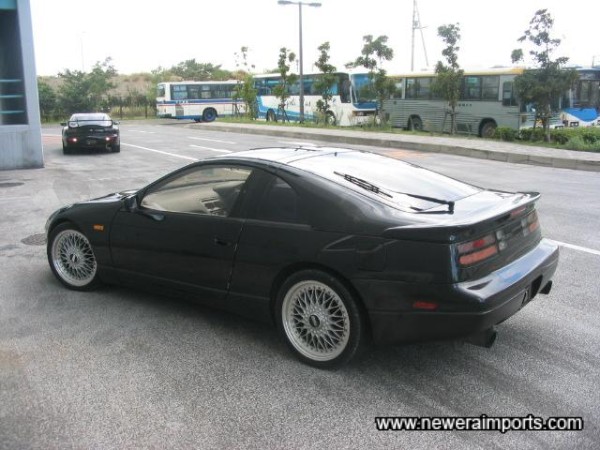 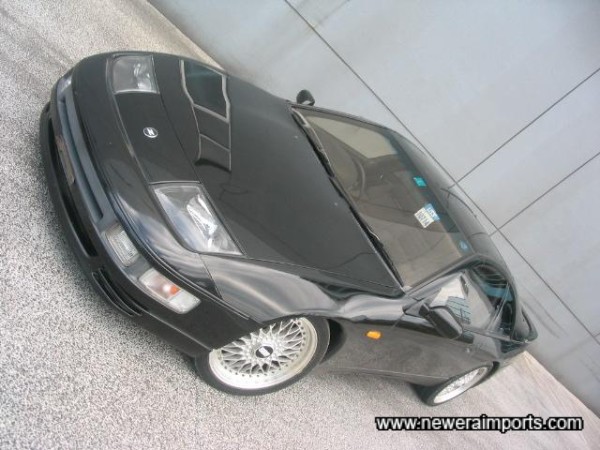 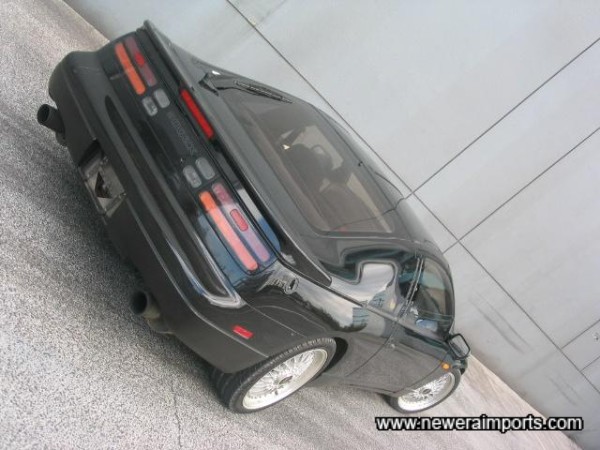 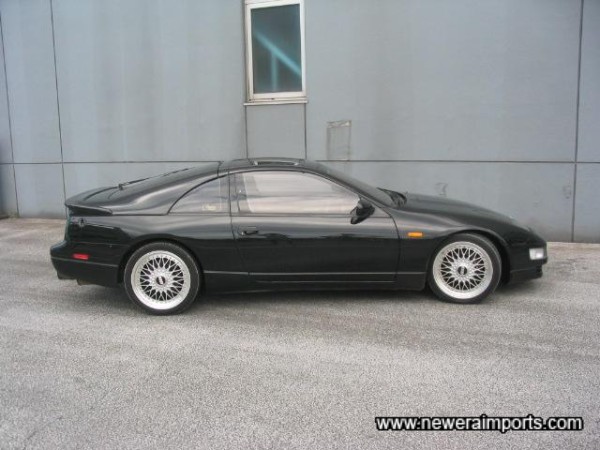 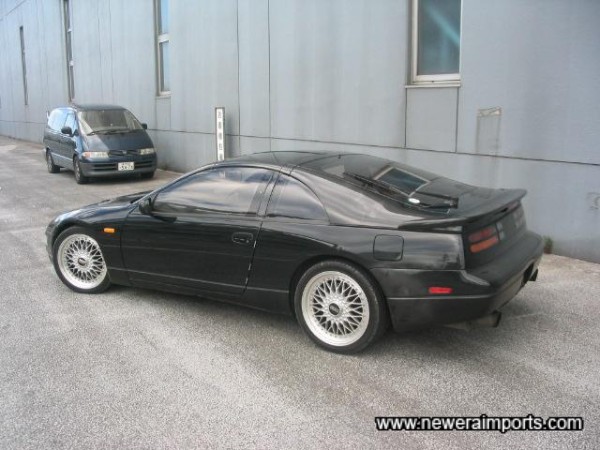 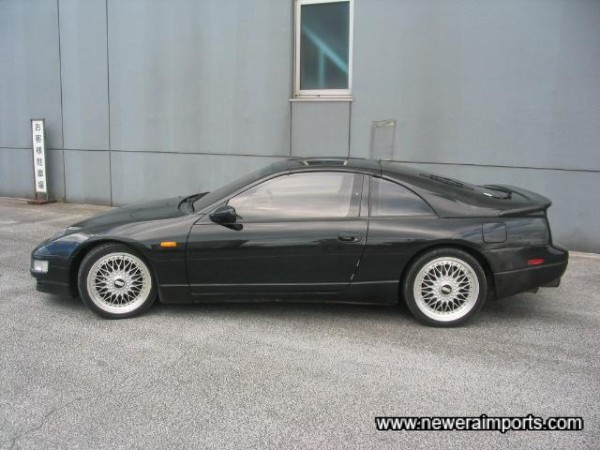 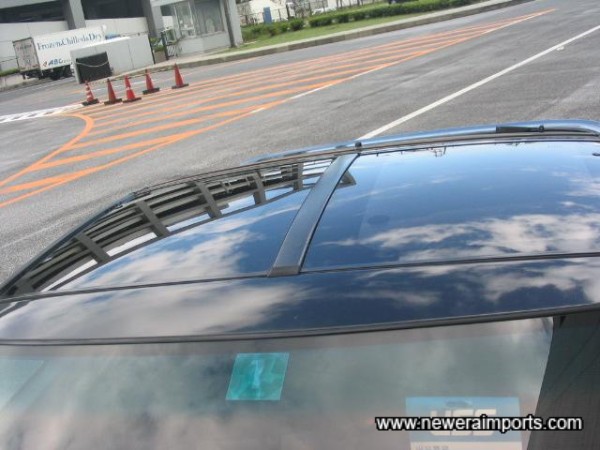 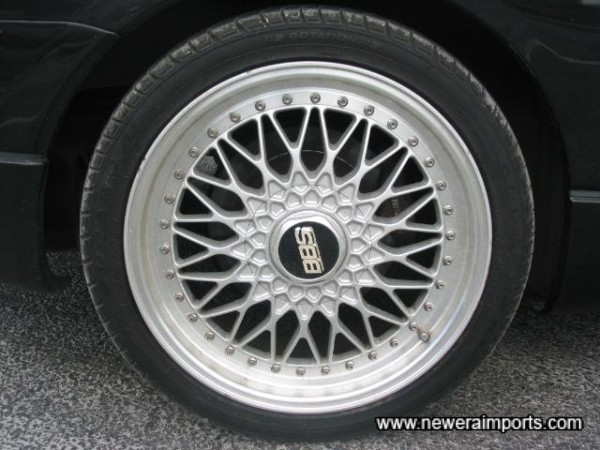 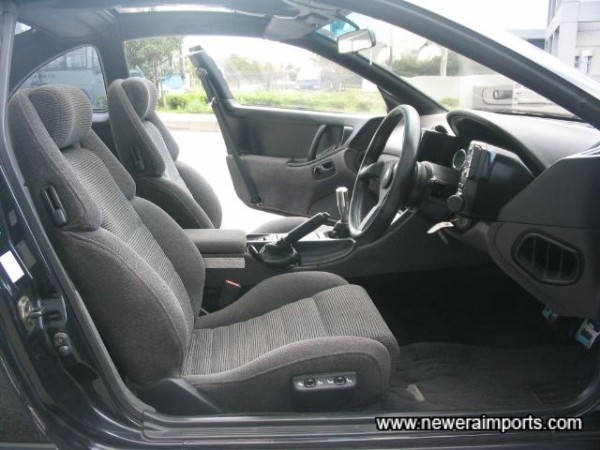 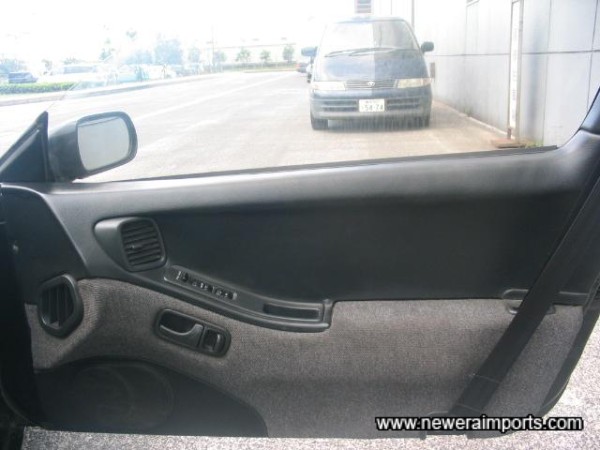 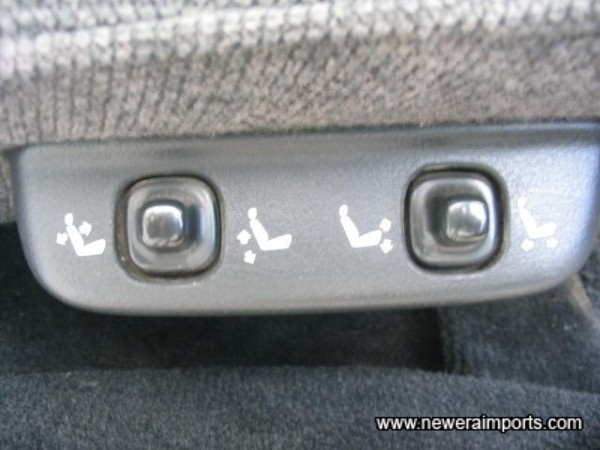 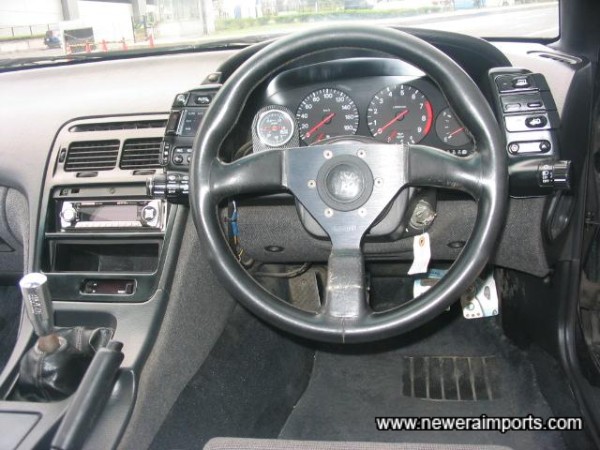 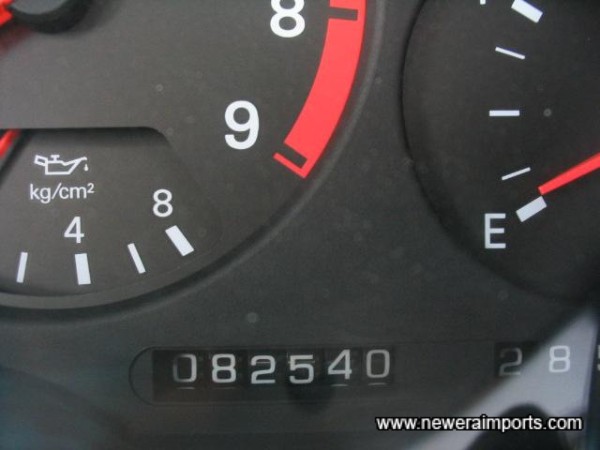 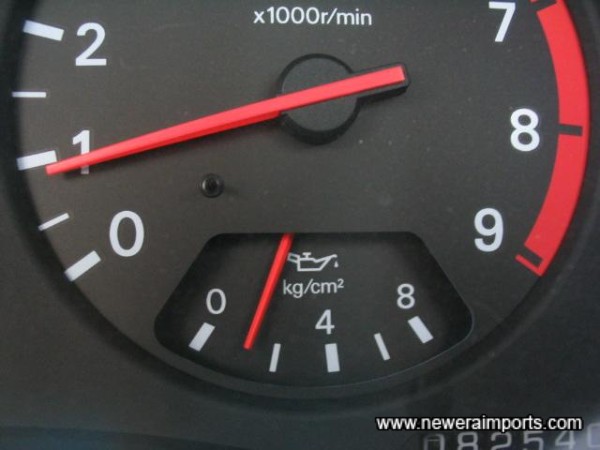 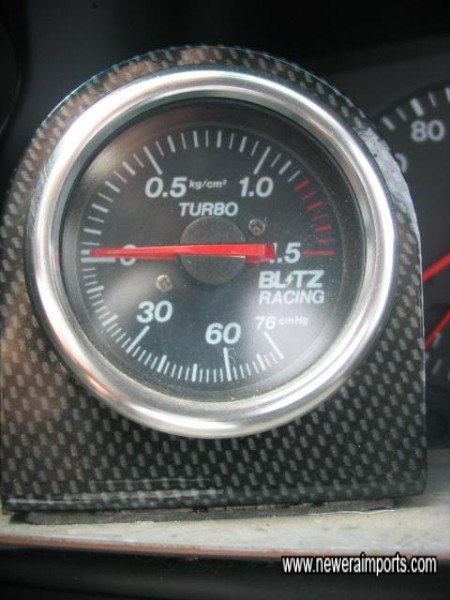 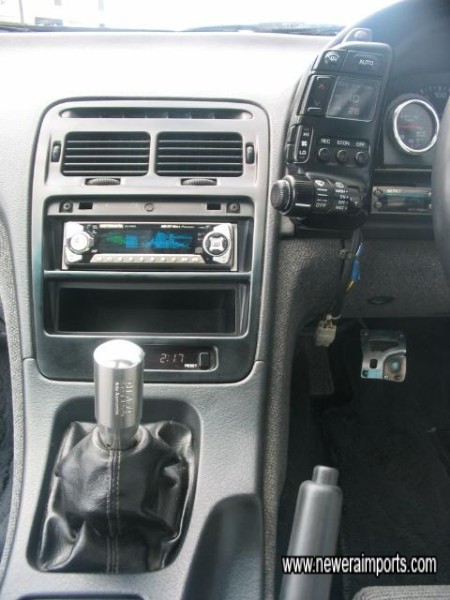 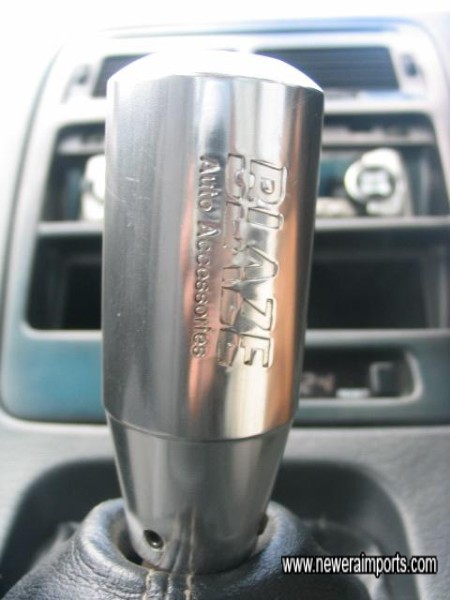 Although mechanically this car is completely standard, a set of Blitz twin exit exhausts are fitted. These are not much louder if anything - than standard. There's a turbo timer fitted, PIAA alloy gearknob, Blitz Racing Turbo boost gauge and 18" BBS split rim alloys, complete with the original centre cap's key. The steering wheel is aftermarket, but quite old and unattractive. As we have a spare Momo steering wheel we'll fit this prior to shipment. A Carrozzeria 45W x 4 CD/Radio is fitted and included free of charge with the car. It's worth noting that the turbo timer and boost gauge can easily be removed - invisibly.
Interior condition (aside from the aforementioned worn steering wheel) is excellent, further serving to confirm this is a low genuine mileage car that's been well looked after. There's no significant wear to the seat upright sections, to brakes or clutch. It looks very much as if the last owner only used his car to go away for short weekend breaks. Paintwork outside is also OK.
Auction grade is 3.5 due to the following minor paintwork faults:
There is a small blemish on the o/s/f wing. On the n/s/f wing there is a small pin dent. The rear n/s quarter and bumper corner also in the same area have been poorly repainted. Also the rear bumper has some minor cracks in the paint where someone has nudged the car in the past. Also there are 2 dents on the n/s sill. Each of these areas needs repairing respraying properly to present this car in a condition that's as immaculate as possible. Note also that the two front tyres are a bit perished and the rear tyres are on their legal limit. As such, we have budgetted to fit 4 new tyres in the UK
Having test driven this example, we found it runs well. Engine and turbos are healthy. Also the car feels quite firm even over mildly bumpy roads. Brakes aren't warped (Usual on 300 ZX's) and there's no rust underneath despite the age of this car. 300ZX's this original are rare and very hard to come by, but pleased to have been able to secure this clean example.

Including UK Odometer Recalibration to miles, Minor paintwork as described, 4 new tyres, MOT, Road Tax full UK Registration, A deposit of £1,000 secures. Please Contact us using the inquiry form to discuss reserving this car, or to source an alternative 300ZX.