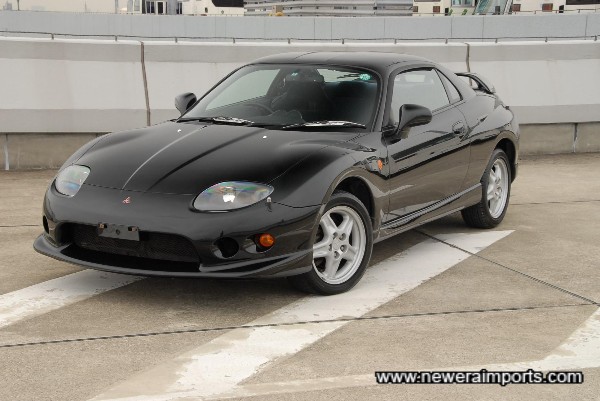 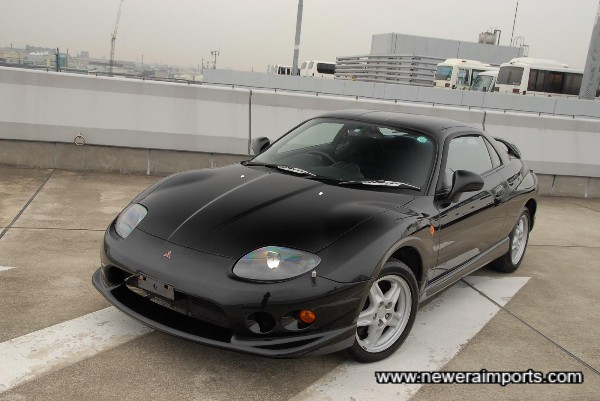 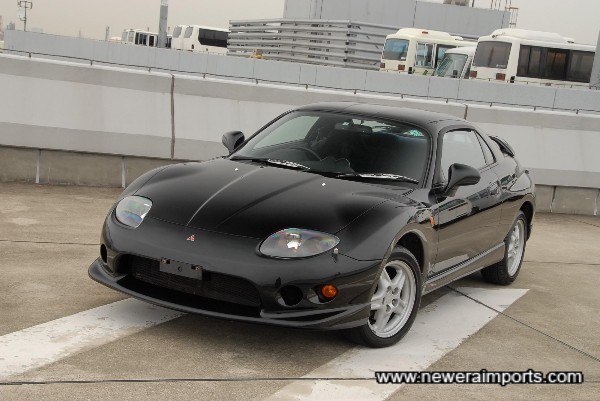 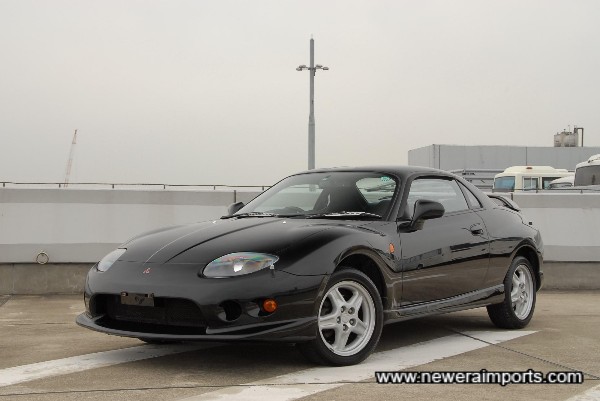 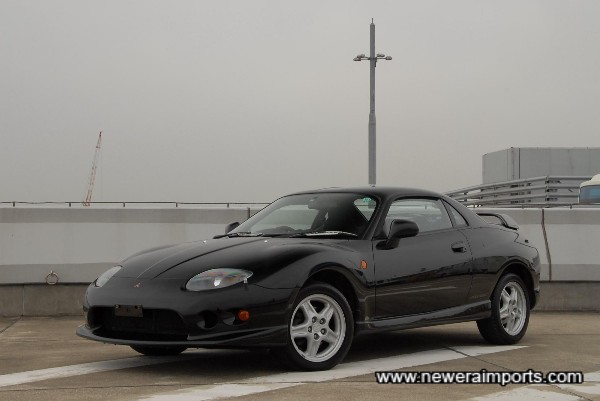 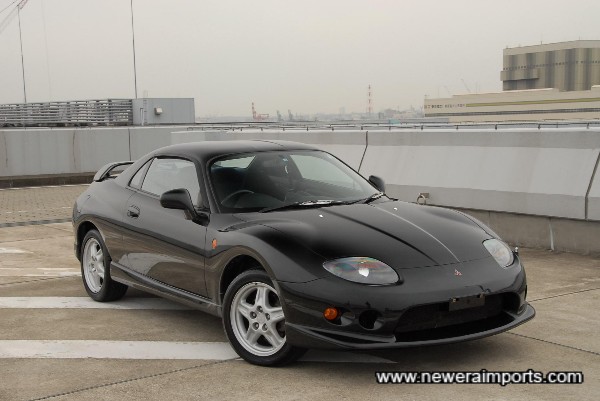 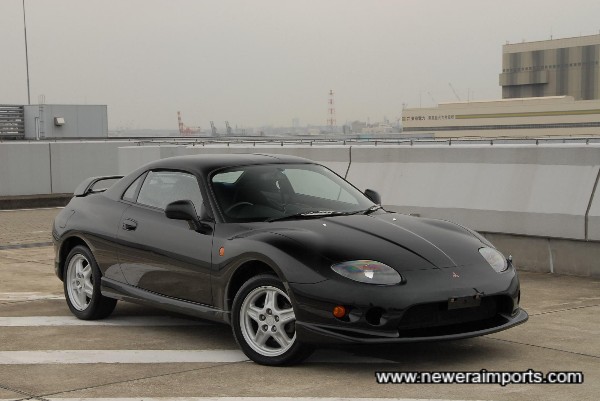 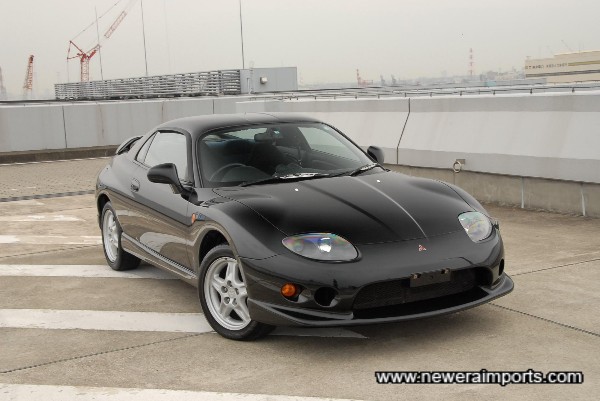 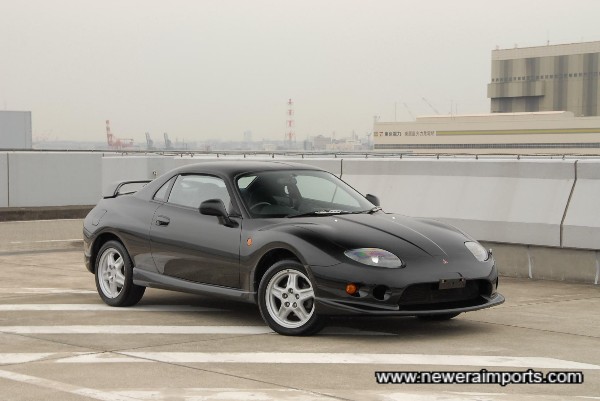 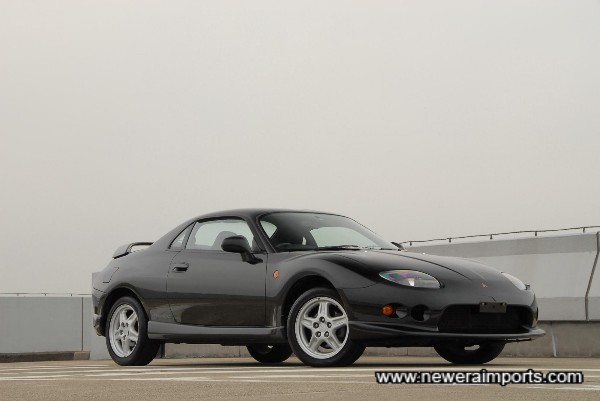 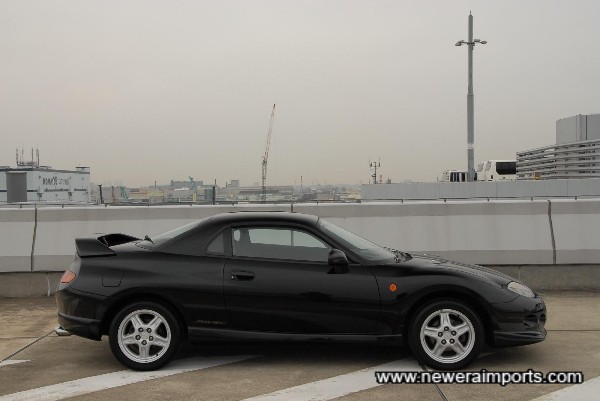 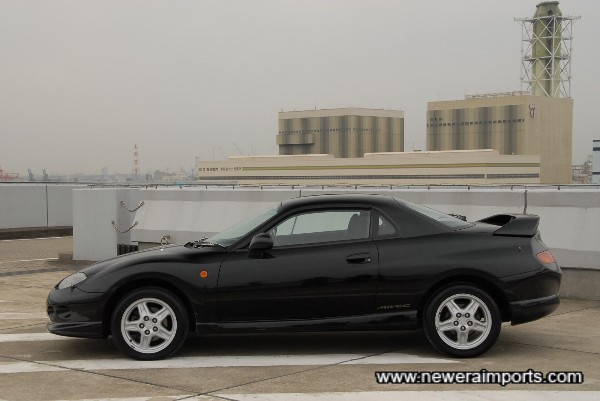 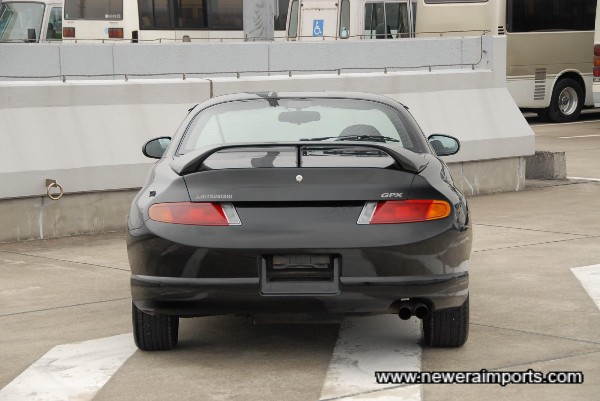 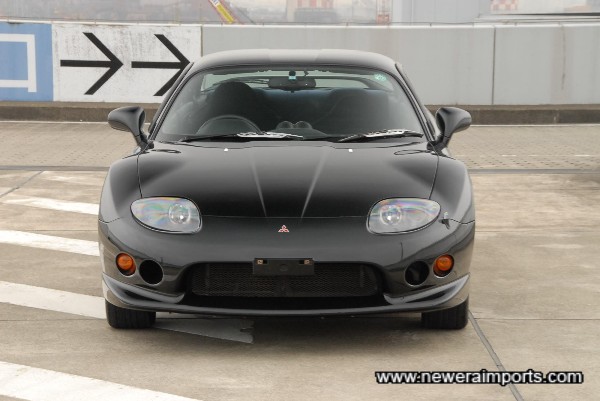 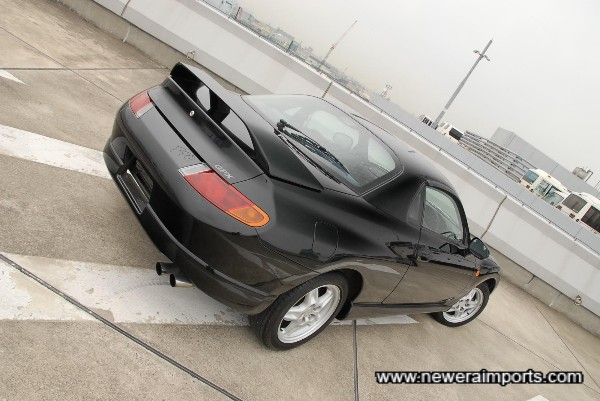 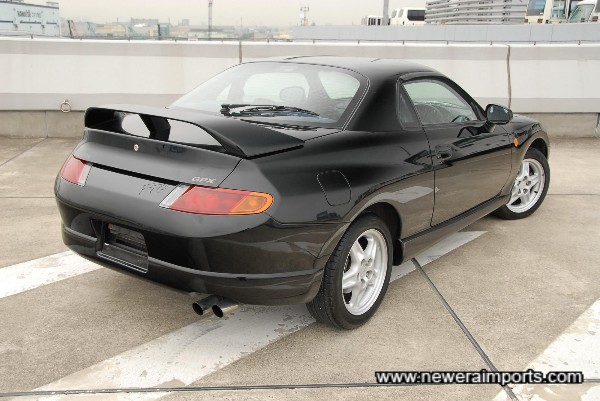 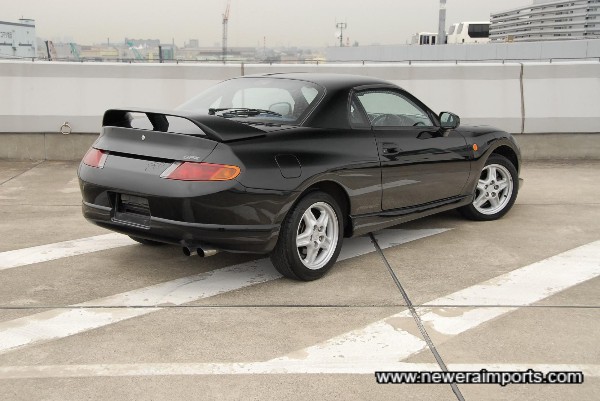 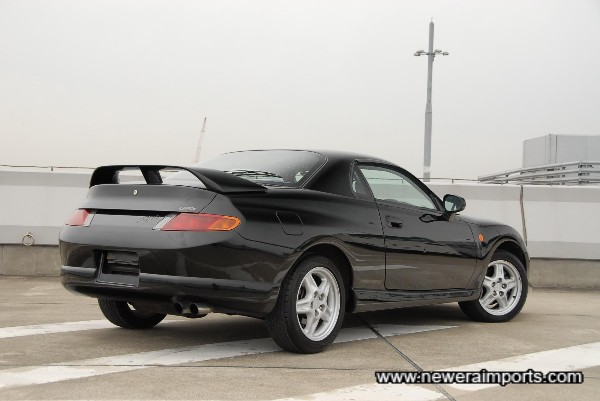 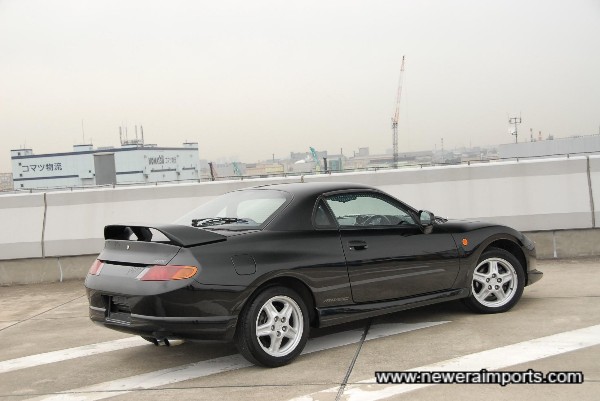 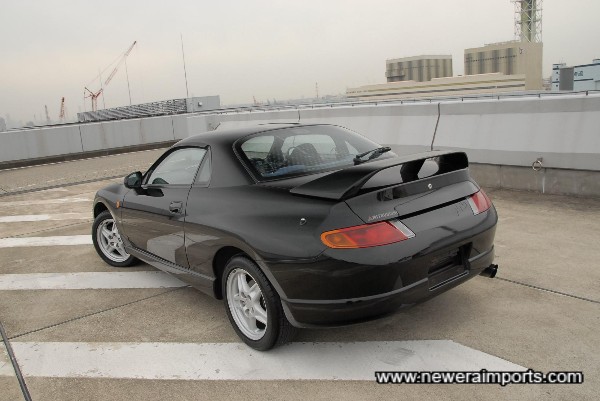 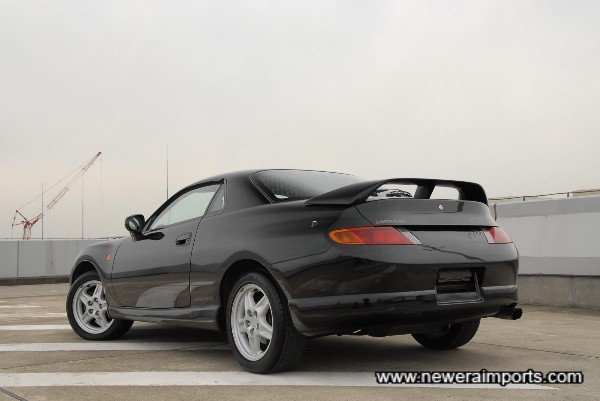 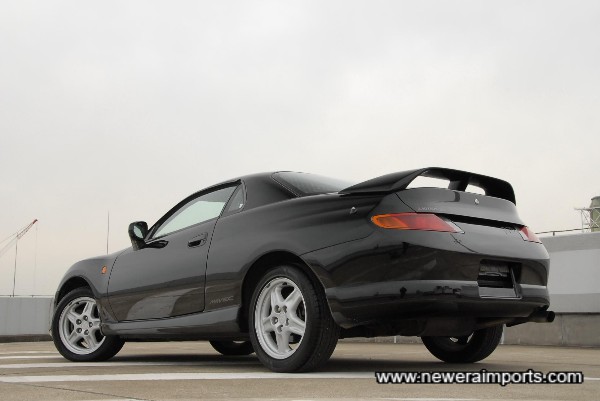 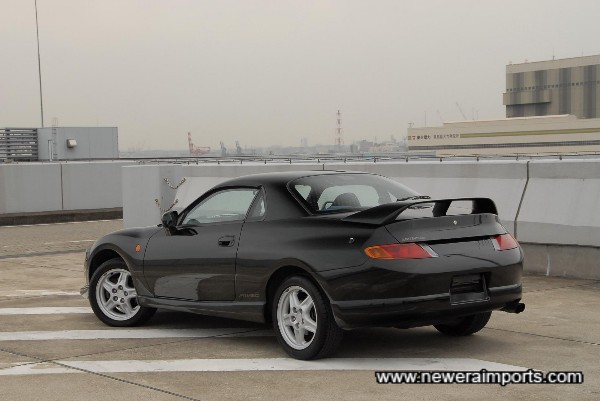 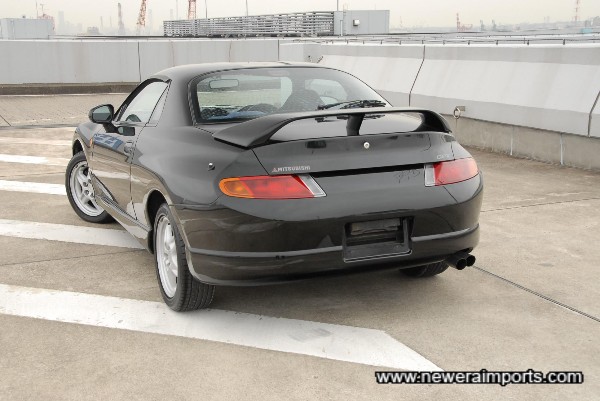 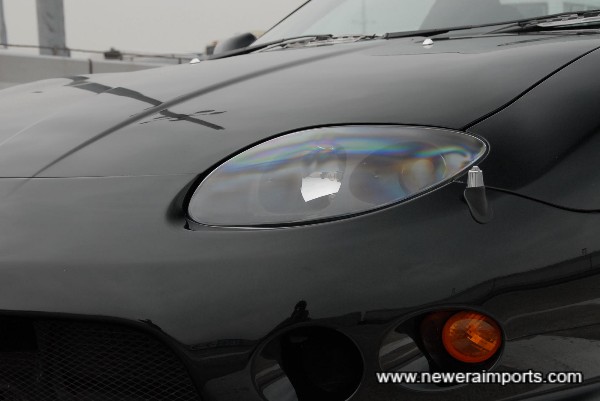 The FTO is a unique car, with only 13,690 MIVEC examples made between 1994-2000 and of these, only 750 were produced as facelift GPX versions (Official figures obtained from Mitsubishi Japan). In 1995 the FTO won the prestigious Japanese Car of the Year award - the first time a sports car had done this since Toyota's MR2 ten years earlier in 1984. Despite being front wheel drive, the FTO handles very well, with excellent balance and poise. It's been compared to the DC2 Integra Type R, which is considered by many to be the no. 1 best handling FWD ever made, although the FTO is more refined and arguably prettier too! The Mivec engine is a 24 valve V6 with variable valve timing. There's good low down torque available, or the unmistakable howl this car makes at higher revs. 1997 on models received the 5 speed INVECS II Tiptronic gearbox which was licensed from Porsche. This gearbox has two settings; a normal full automatic mode and a manual Tiptronic mode, achieved by flicking the gearstick sideways in its gate. When in Tiptronic mode, the driver needs only to push the gearstick backwards or forwards and this will change up or down through the gears with only a small delay. This gearbox received huge amounts of praise when it was released; when driven in 'tip' mode the car actually starts to 'learn'. The INVECS gearbox contains a Neural Network which works in a similar way to a human brain; information on the driver's shift points and driving style is fed into a learning control circuit. This then enables the car to select the optimum gear for the driver when he is using it in fully automatic mode.
Facelift models are of better spec. than pre 1997 models. However, due to there being no model report available for the GPX MIVEC models, from 2004 April till now, it's not been possible to import these to the UK. This example, being 10 years old in July of this year, is the first facelift example we have sourced in over 3 years.
Equipment includes: ABS, Dual SRS airbags with Momo leather wrapped steering wheel, updated interior cloth, carbon look instrument trim, 5 speed INVECS II tiptronic gearbox, climate control A/C, power steering, electric windows, remote controlled door mirrors with retract mode, central locking, rear wiper, 16" factory alloy wheels (near new tyres are fitted), tinted windows, facelift front bumper with revised sidelight indicators, remote controlled telescopic parking indicator, optional wind deflectors.
Usually, most FTO's are in poor condition, nowadays - this is an exceptional example which has not only been carefully looked after and garaged, but has also never been smoked in. This could be the best FTO example we're going to come across during the course of this year.
Inside there are no faults to report aside from the driver's floor mat, which has a thin section cut from it (No idea why). The floor mats can be replaced inexpensively with new items available either in the UK or Japan.
Auction grade is 4. Prior to photographing, we carefully washed and inspected the bodywork and noted all faults, as follows: Both front wings anve some stone chips to the leading edges (Bumper is eurethane, so is much more resistant to stone chips). There's a small scratch just above the door handle on the driver's door (2cm) and a mid sized pin dent in the centre of this panel. On the o/s quarter there's a small pin dent. On the underside of the nearside skirt, there's some scratches. Finally, on the roof, there's a touch up mark. Each of these minor faults will be repaired as part of the full UK at £5,495 OTR complete with new MOT, cosmetic repairs as detailed, fully valetted, in perfect condition, complete with 6 month's road tax and full UK registration. A comprehensive 12 month UK warranty is included also.
Now completed and ready to register! Please Contact us to arrange viewing, full details on how to reserve this FTO, or to have us source a similar high quality example for yourself.
Newera Imports - Total dedication to perfection in every car we supply. Consistently recommended by tuners, Owner's Club Members and the UK's top magazines for supplying the best hand-picked performance cars from Japan.