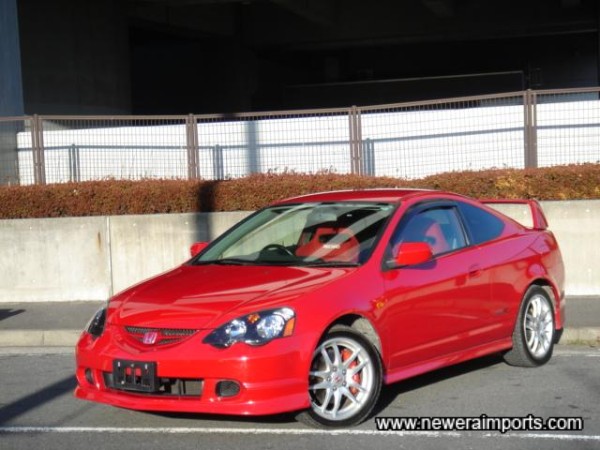 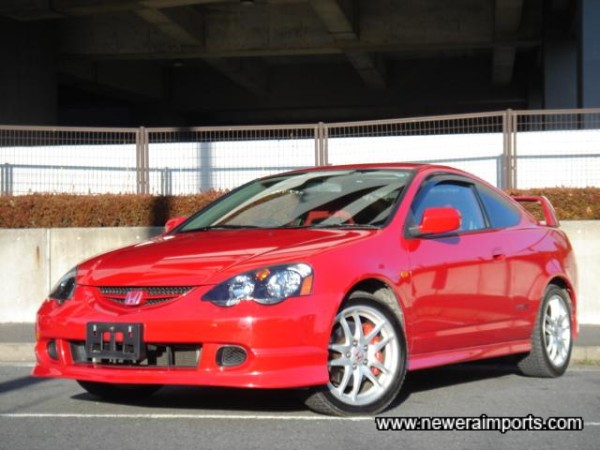 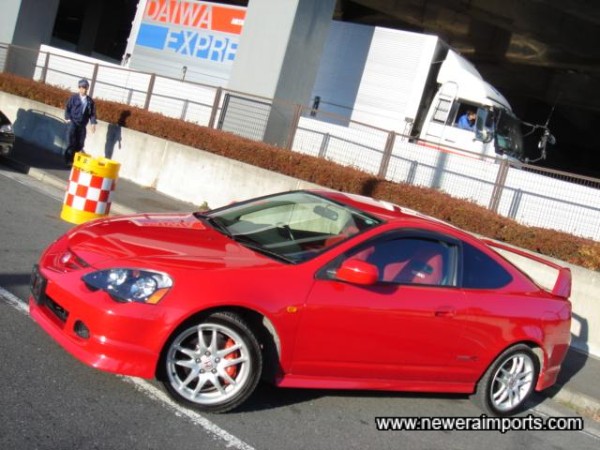 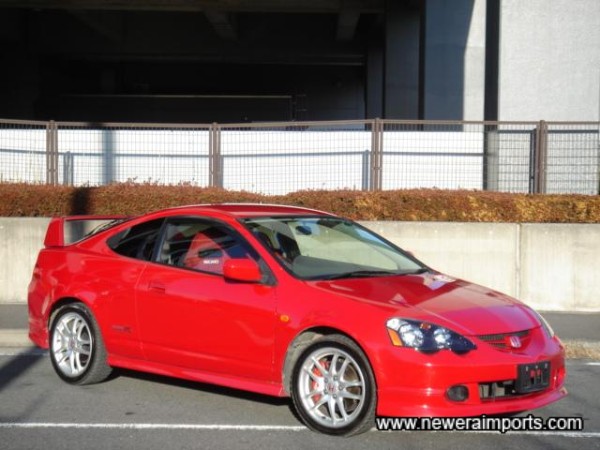 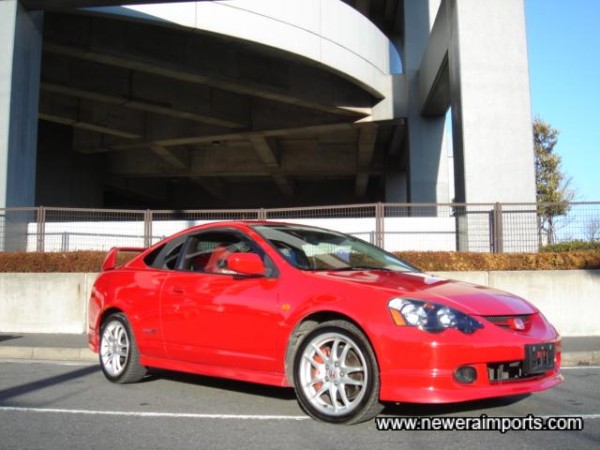 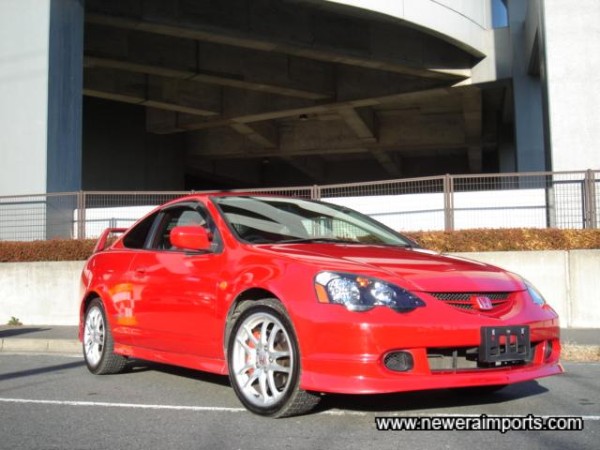 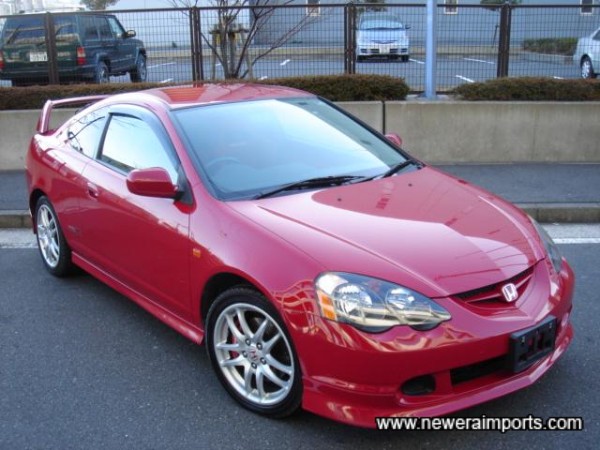 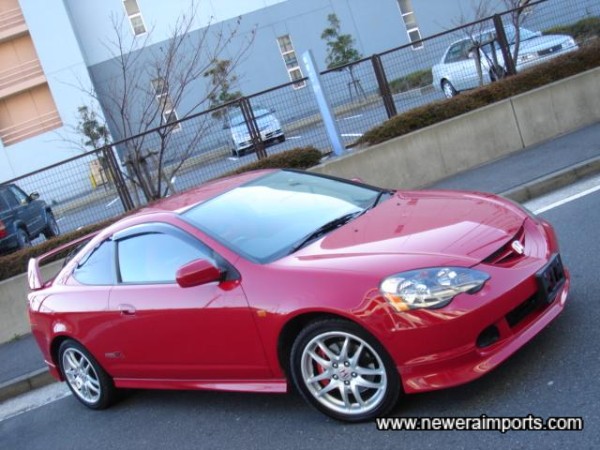 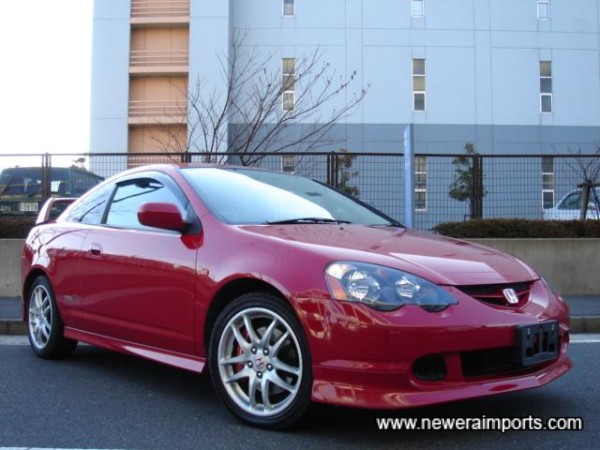 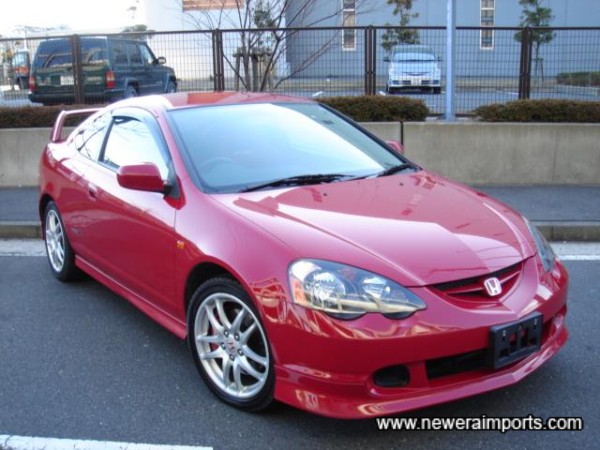 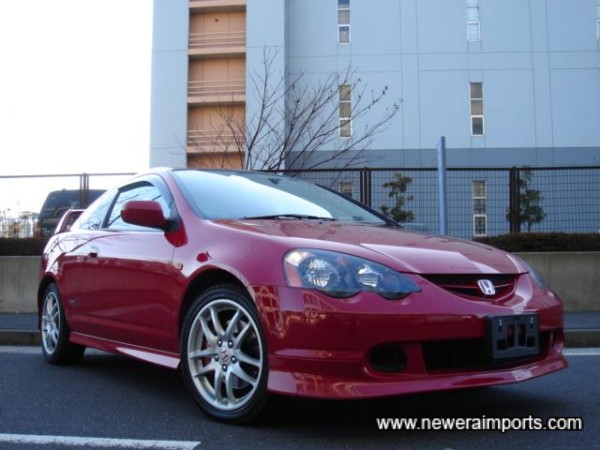 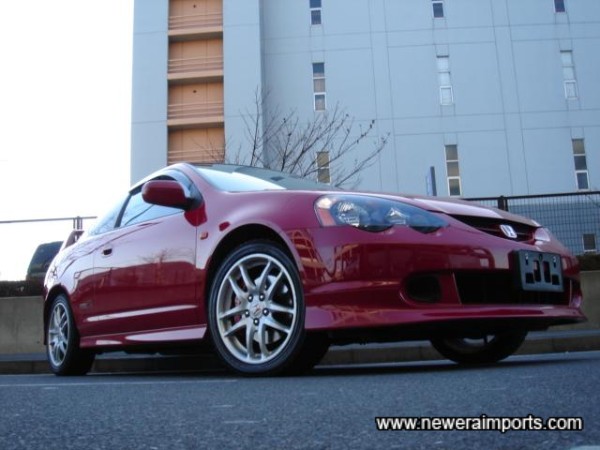 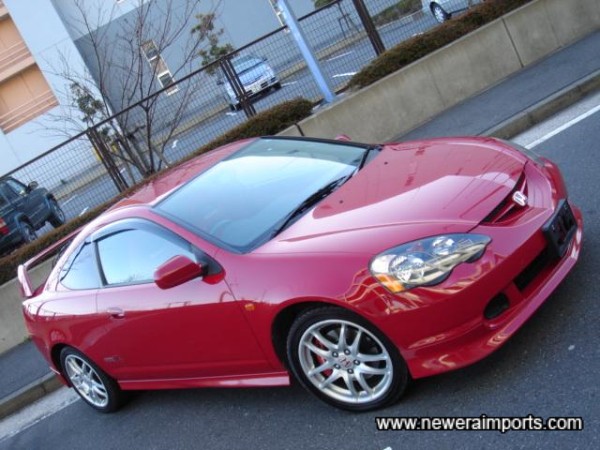 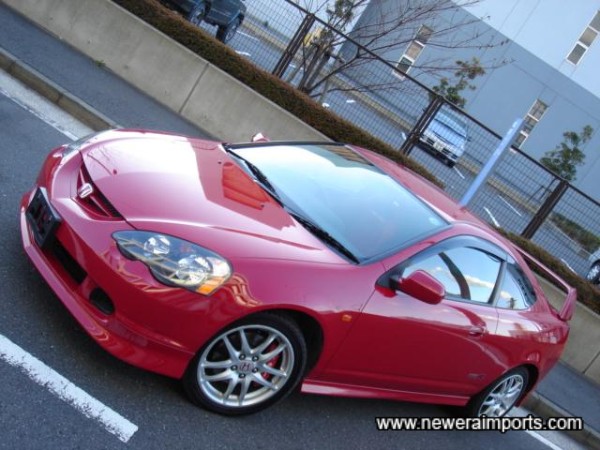 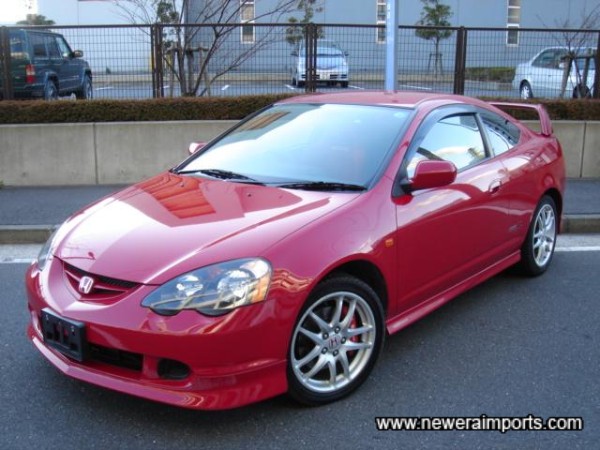 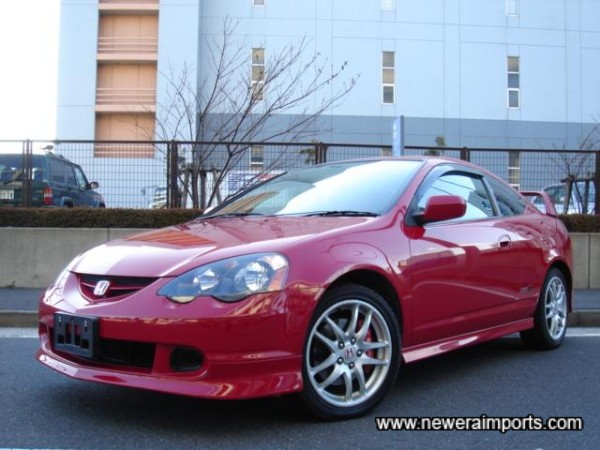 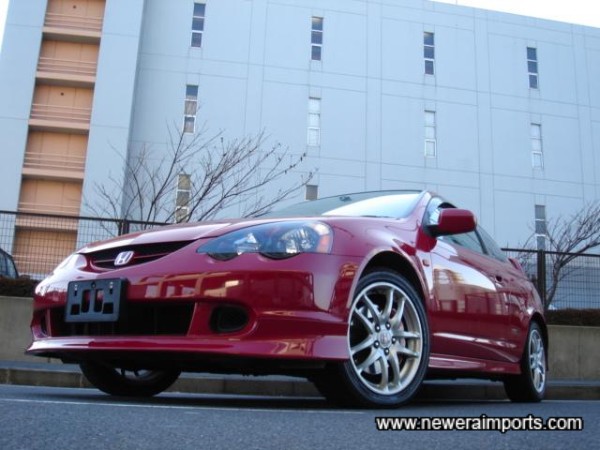 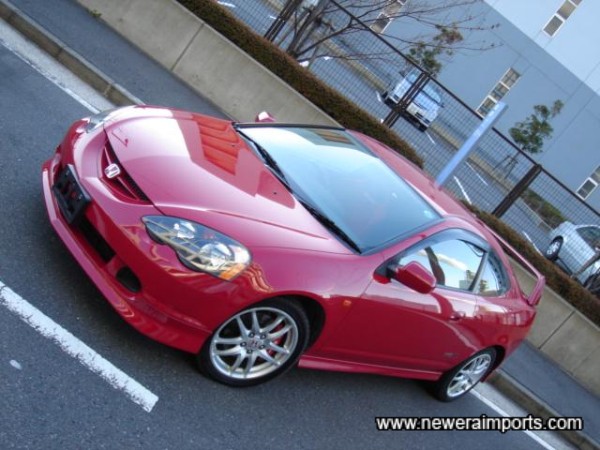 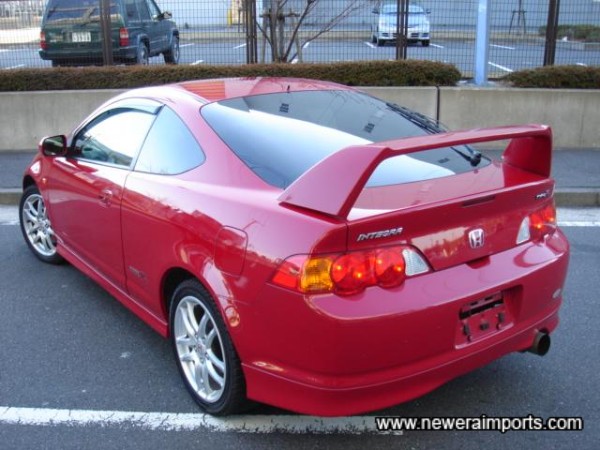 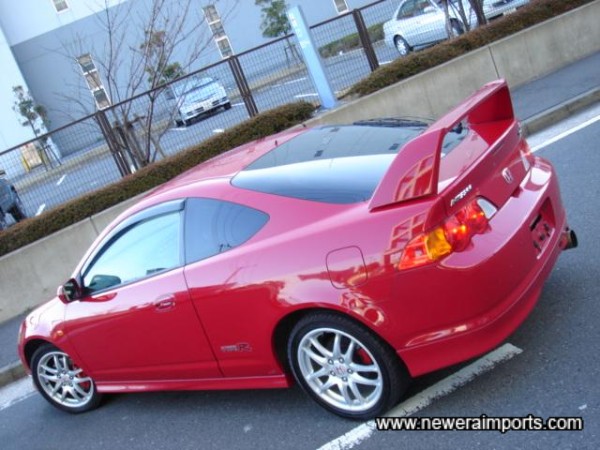 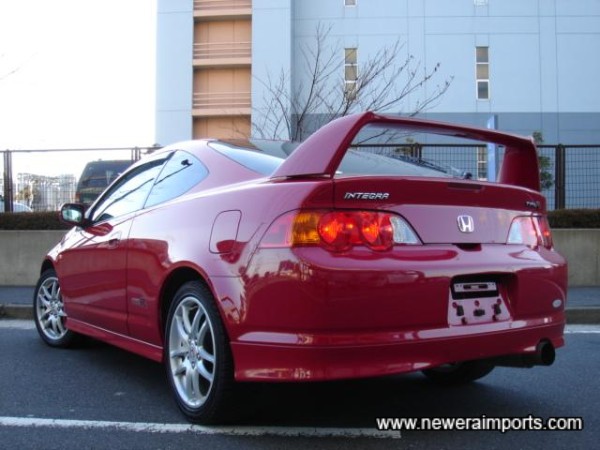 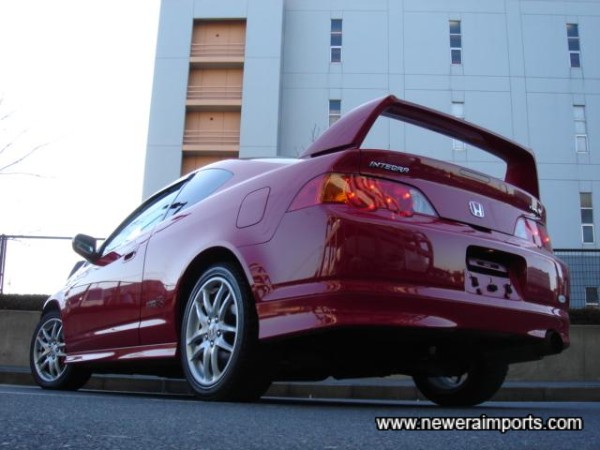 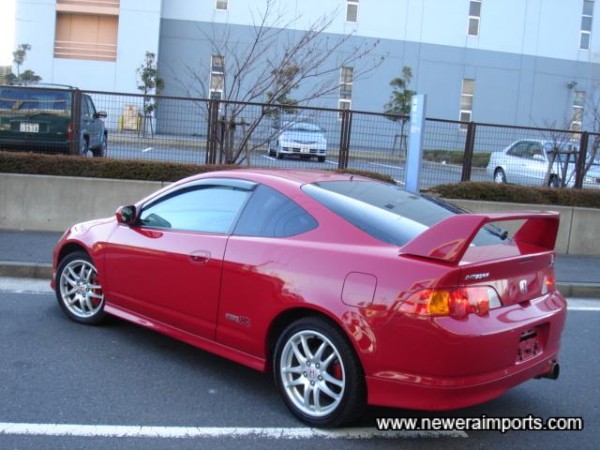 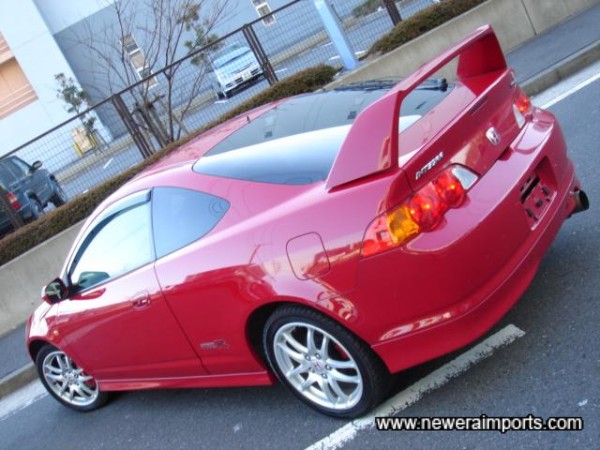 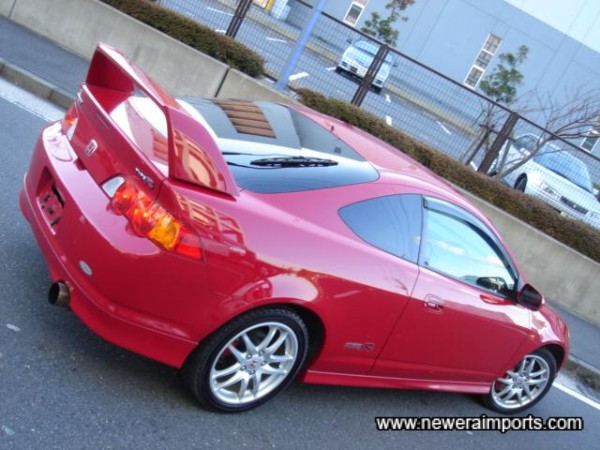 This is a sought after original C Package DC5 Integra Type R sourced specifically to order for a customer.

i-VTEC 220 bhp 2.0 engine from Honda, these are superb award winning engines. Honda being the pioneer of variable valve timing technology - knows better than any other manufacturer how to make an N/A sports engine to entertain yet still meet all the modern emissions standards and be 100% reliable. This engine really is superb in every respect providing ease of driveability, good fuel economy with unbelievably strong and intoxicating power from the 2.0 DOHC when required, all the way to the 8,400RPM red line.

Handling on the DC5 Integra is class beating in performance. This is the No. 1 hatchback in Japan, where they consider Renault Clio's best offerings as nothing more than a cute little city runabout. The Japanese race the DC5 very competitively in a one make series and recently these have been taking No. 1 positions in the UK BTTC championships. This is the No. 1 hatchback currently in production worldwide!

The car is of auction grade 4.5 (Auction sheet shown). .... DC5's imported from Japan don't get much better than this in terms of condition.
It's absolutely original throughout and interior is also in excellent original condition with no faults to report, aside from a couple of very small marks on the left horizontal bolster of the driver's seat and minor dirt on the edges from the driver getting in and out. This will be cleaned when the car's valetted in UK.
Note that no hifi is fitted, although the fitting plates are in place. As new, DC5's coem with no hifi as standard, so presumably the previous owner took his ICE from the car before trading it in.

Paintwork: There are approximately 10 small stone chips on the bonnet, as shown in pictures. There's a small 2cm scratch on the driver's door mirror. On the front lip spoiler, there are some scratches too - and on the rear skirt (n/s) there are some minor scratches. The bonnet, we can have professionally touched in, as well as the mirror. The front spoiler and rear skirt we will remove, have a localised respray on, by a specialist, then refit.
Note: Wheels are fitted with Winter Spec. sports tyres. To get the handling this car deserves, we recommend fitting new tyres for most of the year, then re-fitting these for the next winter (They grip phenomenally well in rain and snow). Note there are some minor scratches to the edges of the wheel rims too, as pictures will show. Refurbishing the wheels to make like new would add costs of approx. £250 + VAT.

Integra Type R's have always been popular performance cars in Japan holding their prices well and the DC5 continues to be a No. 1 choice with enthusiasts in Japan for good reason. With Honda engineering, it's a very reliable package indeed, comprising a delightful direct close ratio 6 speed gearbox, handling braking that puts other so called "hot hatches" into the weeds! These Integras corner as if they're on proverbial rails!

Now with the ever increasing fuel prices in the UK, it makes more sense than ever to have a Type R V-Tec and more so - a Japanese built Intergra which is unique, rather than a UK built V-Tec Civic (Which the Japanese don't rate anywhere near as highly - due to lesser specification and handling).
With the DC5 Integra, there's economy when you want it class beating performance and handling when the open road beckons. To us, this is also one of the most beautiful coupes currently in production. Understated, subtle and purposeful in apperance, yet practical and endowed with Honda Type R performance and reliability. DC5's are destined to grow in popularity in the UK. The real benefits of V-Tec are yet to be fully realised by many, but will be seen by road users watching the rear end of this example dissapear into the distance, especially on twisty roads.

Newera - Consistently recommended by Integra Type R club members and tuners in the UK - for supplying the best hand-picked DC5's to order and from stock!