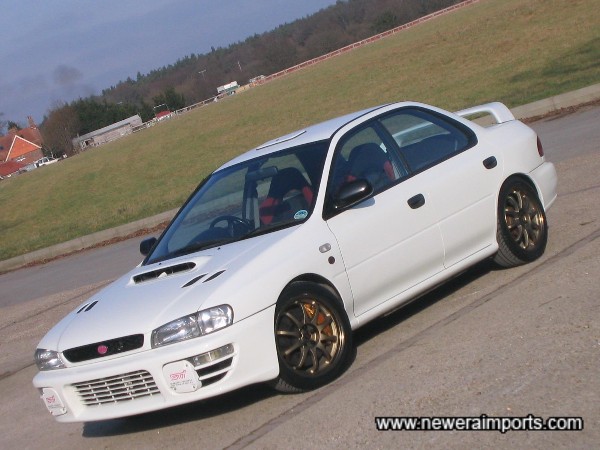 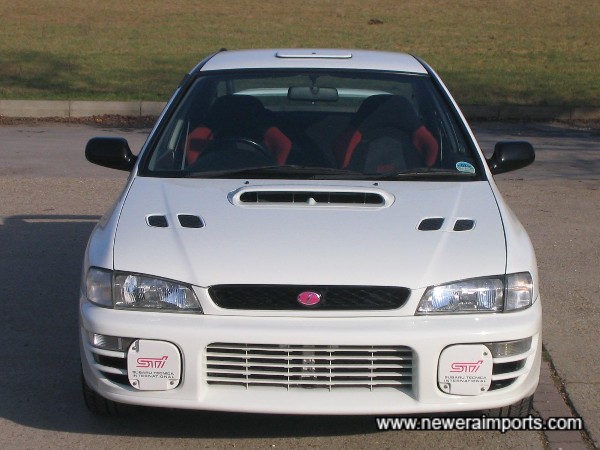 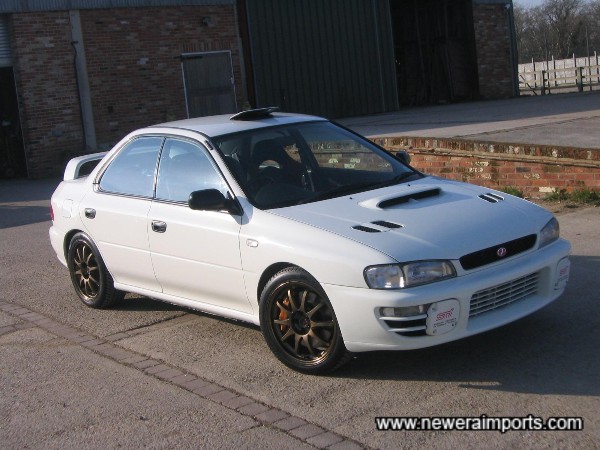 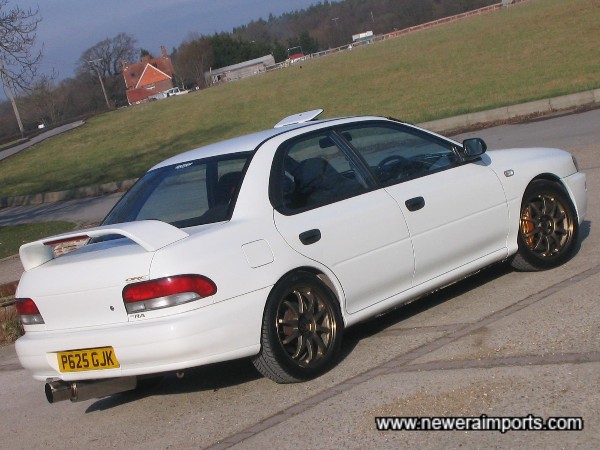 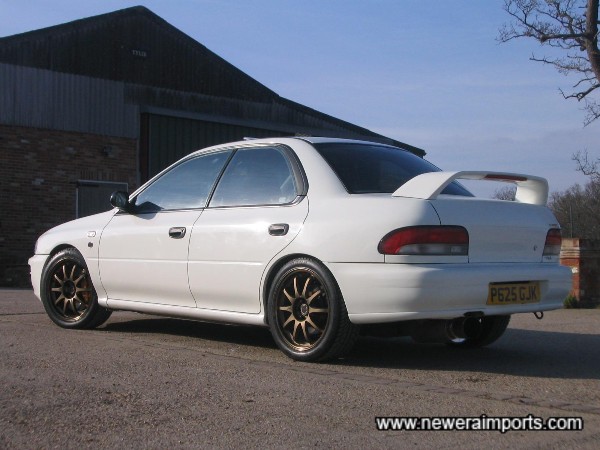 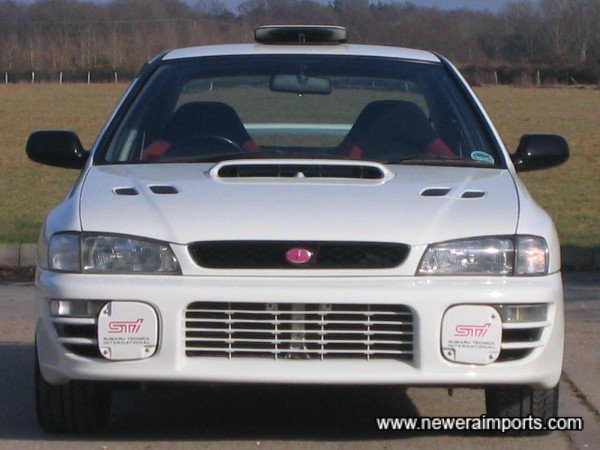 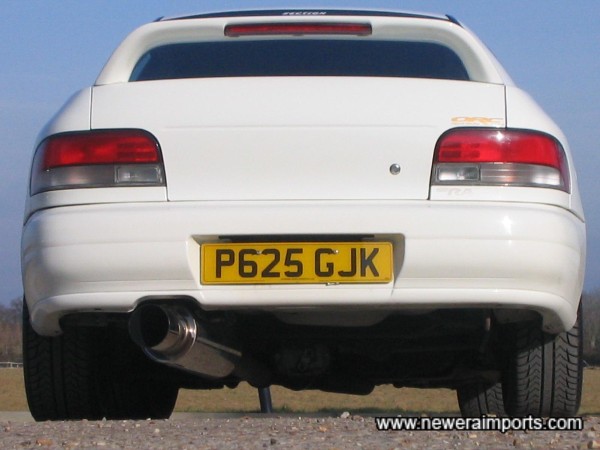 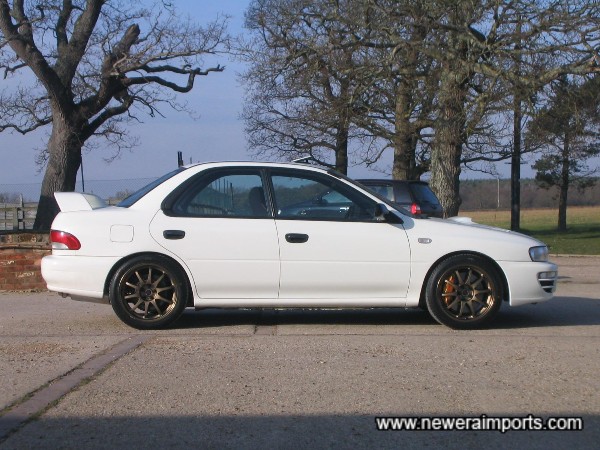 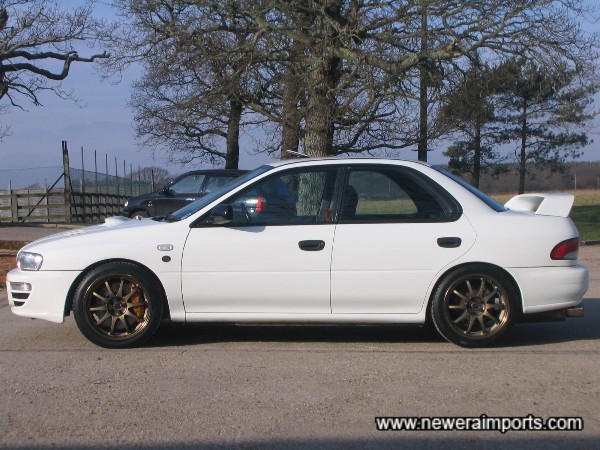 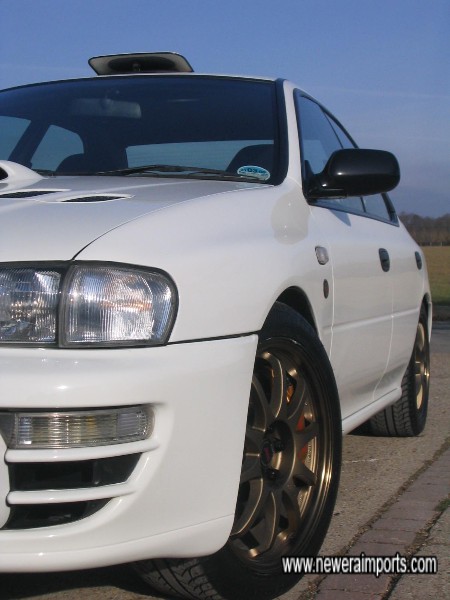 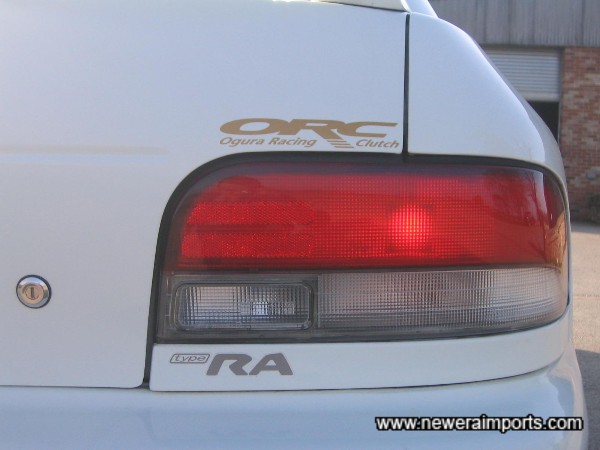 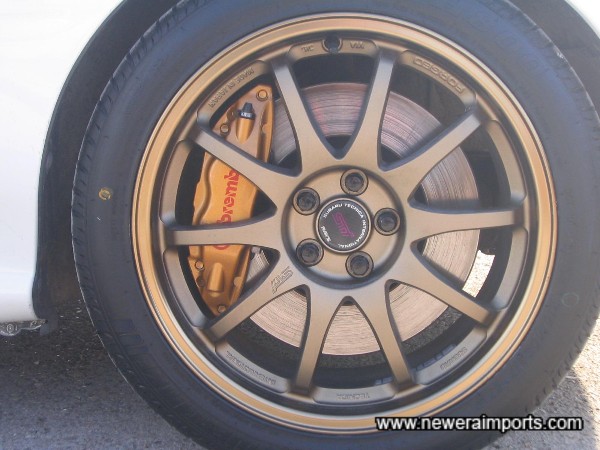 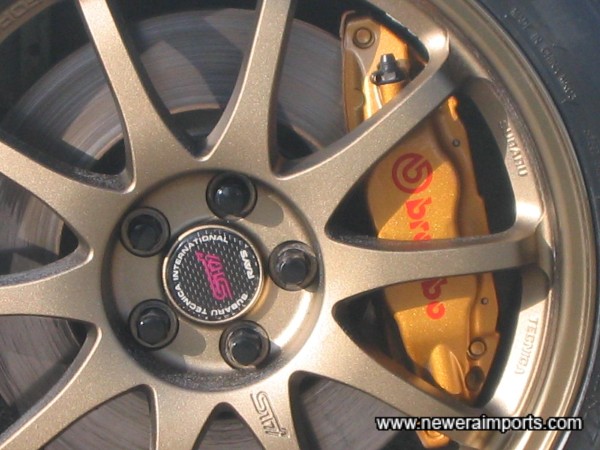 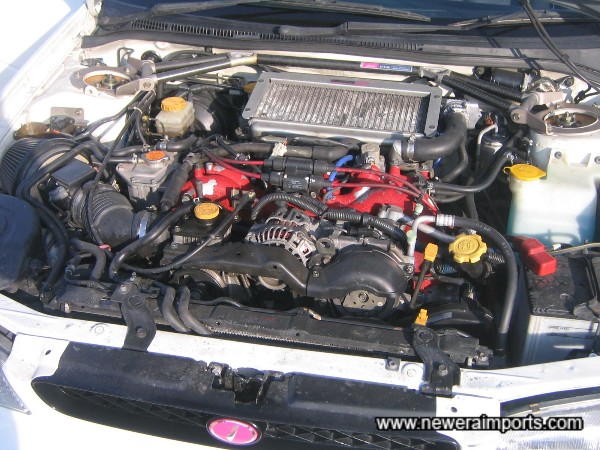 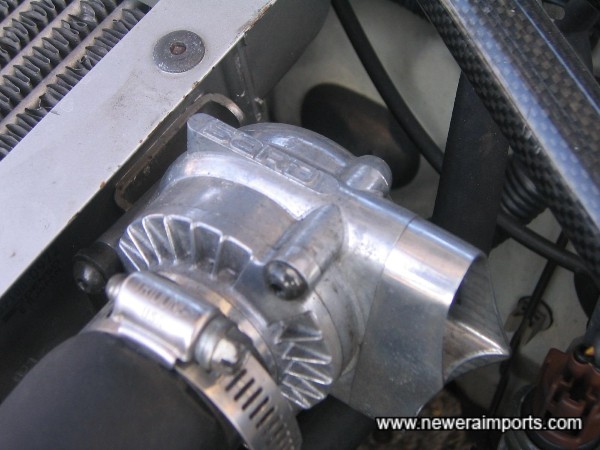 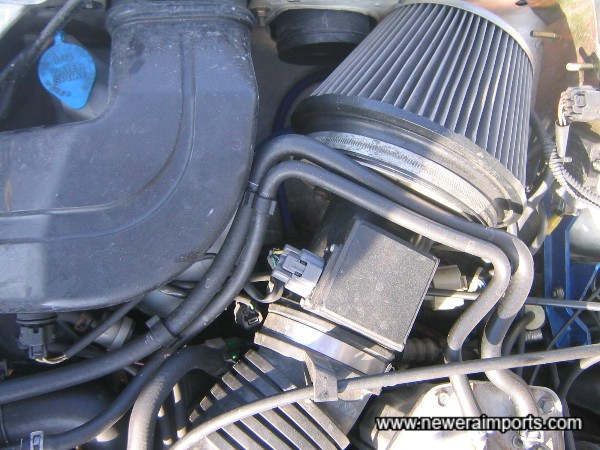 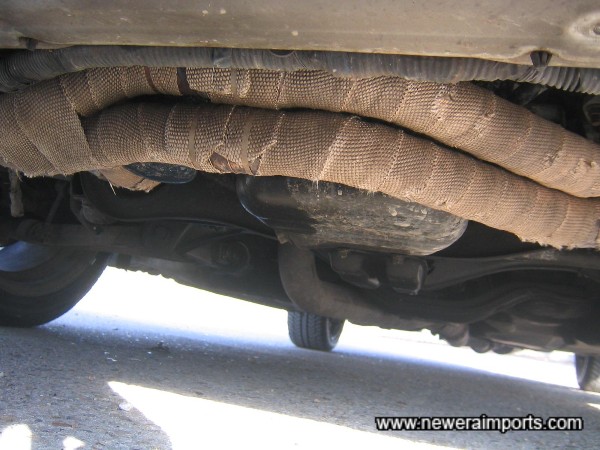 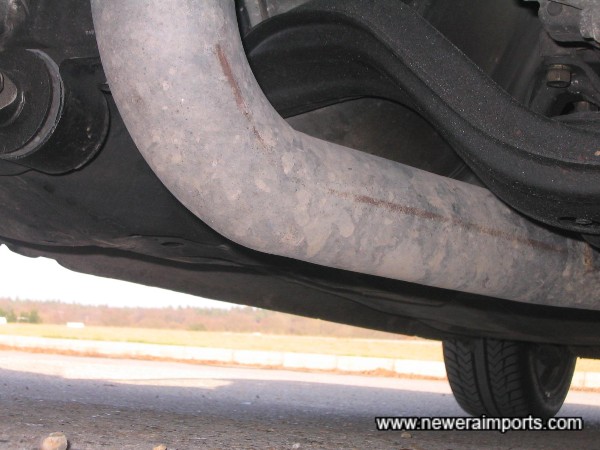 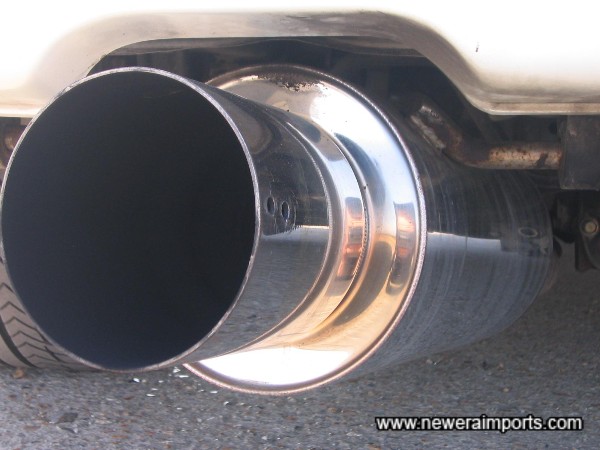 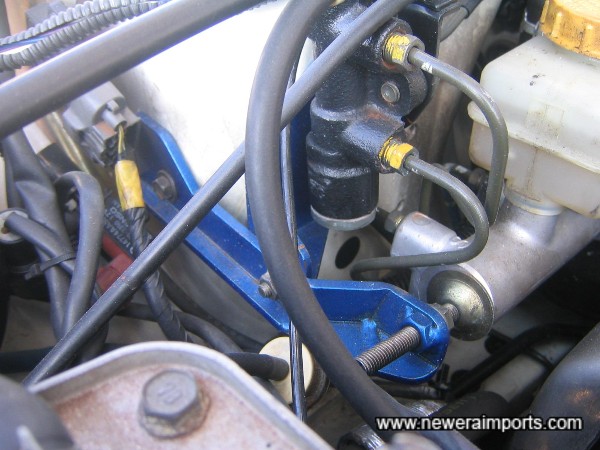 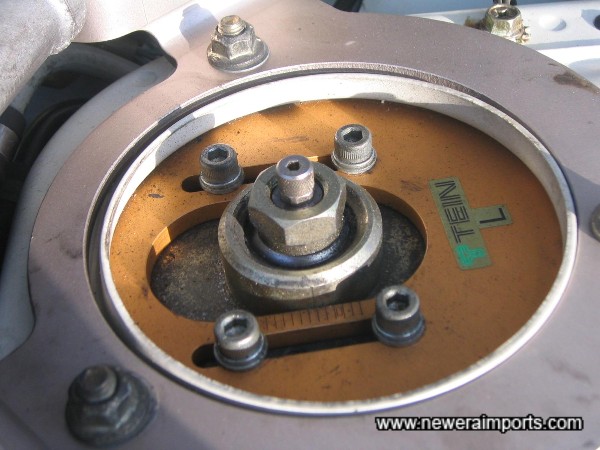 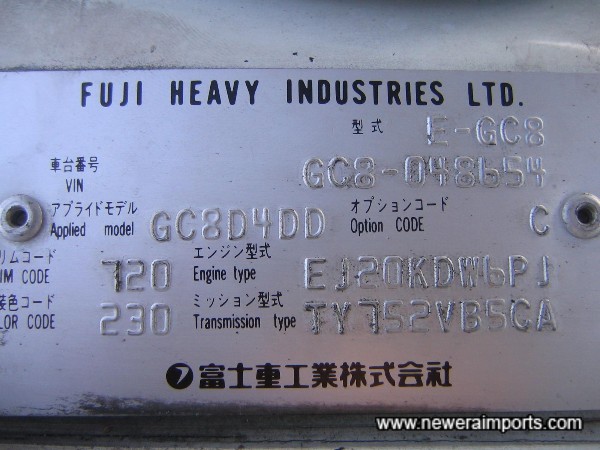 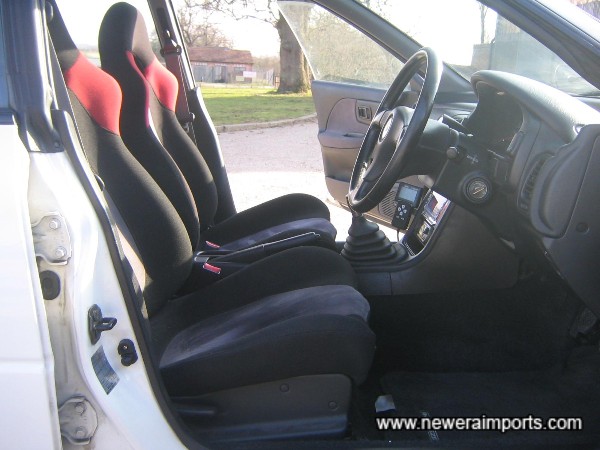 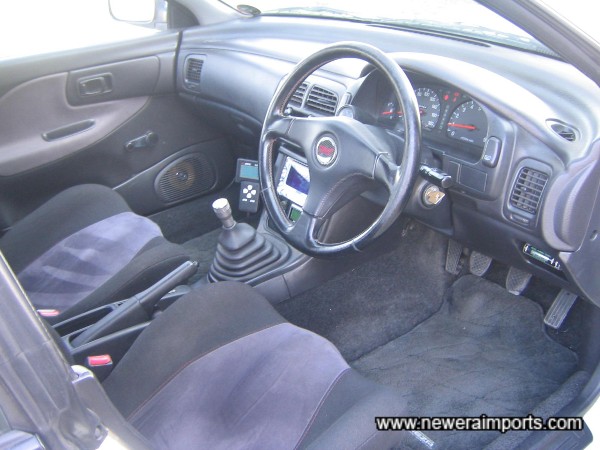 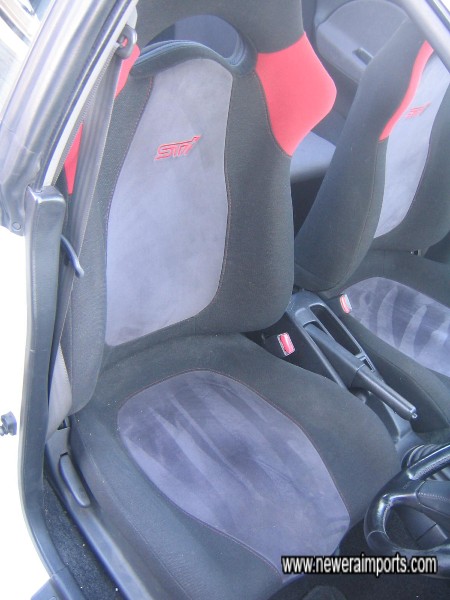 The STi Version 3 is one of the most interesting and capable of the previous model Imprezas. The engines are Sti Blueprinted units with stronger internals and an 8,000 rpm rev limit (Normal WRX's are 7,000) packing 280+ bhp as standard, with this example providing 350BHP on UK Fuel. The STi 3 is also distinguishable by it's updated facelifted front, light blue tint on windows, and the red and white rear lights, combined with the STi rear spoilers of a much larger design than non STi variants. The Sti 3 interior was also of a brighter design than previous versions, with embossed front seats, and Nardi/STi steering wheel. Being a lighweight Rally altered (RA) version this model also has reduced sound deadening, no central locking, manual windows, manual mirrors, high ratio steering rack, rally roof vent and an adjustable centre differential allowing the power to be split between the rear wheels or all 4 as desired. The RA also has the ABS removed to allow complete driver control. Normally RA models do not have Air Conditioning, however this example does indeed have factory A/C, specified as an extra when new.
This example has been very carefully modified by Gareth Brunt who runs the UK workshop and is in fact his own personal daily car, now being replaced with a Nissan Skyline R32 GTR. The engine now develops 350BHP, confirmed on the rollers at GT-Art, running on Optimax. this is thanks to an Apexi Power FC ECU with hand controller (mapped at GTArt) making the most of the engine mods including 550cc injectors, fed by a walbro 255lph fuel pump, STi Intercooler with water spray, HKS De-Cat downpipe, full exhaust, HKS equal length manifold Blitz Induction. A Blitz SBC iD boost controller holds boost at a stable 1.35 Bar boost on the IHI VF22 turbocharger. A Sard R2D2 Blow Off Valve looks after turbo stall giving a nice flutter at low boost and a purposful dump at high boost. To ensure all of this power is transferred to the road safely the standard STi clutch has been replaced with an ORC 4 paddle unit, very friendly in use. An STi shortshift aiding the gearchange. To ensure that the engine is allowed to cool down properly a blitz turbo timer is fitted.
Wheels are Bronze 17"Volks STi 8 Forged lightweight items (these are some of the lightest wheels I have ever felt!). Tyres are brand new 215/45 ZR17. The standard 4 piston calipers have been replaced with STi 9 Front Brembos and 320mm discs, with improved pedal feel coming from Zerosports braided hoses and dot 5.1 brake fluid to keep fade away, combined with a Cusco master cylinder brace.
The exterior is largely standard adding to that sleeper apeal. the RA models come standard with no trims or skirts found on conventional models, adding to the RA's weight loss. The front indicators and side repeators have been replaced with upto date clear units, replacing the dated amber items.
The interior remains mostly standard. A factory option boost gauge allows the driver to monitor boost levels, whilst the power FC commander allows monitoring of many engine parameters including Detonation, Water temp, Intake air temp, Batt Voltage, Injector Duration, Speed, RPM, Air Flow in Volts and Boost pressure. The Stereo consists of a double Din Kenwood CD/MD/Radio with uprated front rear speakers. An Sti gearknob replaces the standard item.
In keeping with how Gareth likes to maintain his cars this one also has been maintained to an unbelievable standard. In the six months that Gareth has owned this car in the UK it has had no less than 6 oil and filter changes all with Mobil 1 motorsport! He has also fitted a new cambelt with complete new tensioner assembly and all rollers with a crankshaft front oil seal at the same time to cure the small oil weap once present. At the same time the PAS fluid, Gearbox oil, diff oil, clutch fluid and brake fluid were all also replaced. The spark plugs have been replaced with NGK Platinum items. Front rear brake pads along with front brake discs were all recently replaced.
Perhaps the most special part about this car is the adjustable centre differential. This removes the common Impreza understeer tendency, giving a 4wd animal or a RWD drifter as and when desired. RA Sti's are very rare, even in Japan, this is an example cherished by Gareth, clearly immaculate in every area.
In order to prepare this car for the UK roads the rear foglamp has been incorporated within the existing rear light units, avoiding and ugly bolt on lights.
The car has no faults to report! The bodywork is unmarked with not a scratch or pin dent to report! Whilst in Japan this car has had a O/S/R panel repair, although not apparent, this is mentioned for the purpose of a complete report.
A very rare spec Impreza in excellent condition. Inclusive of MOT, Road Tax and a full valet just before collection, this car is priced at £8,860